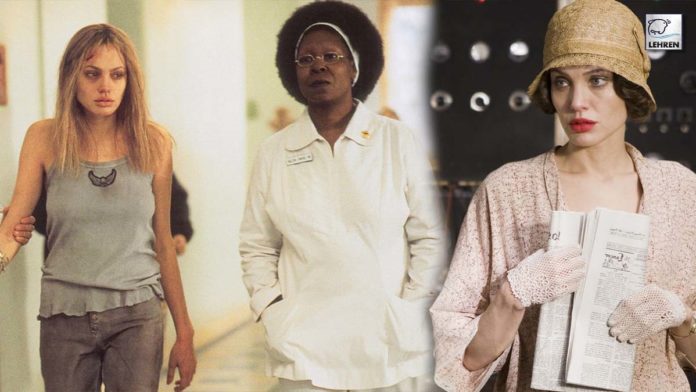 Take a look at some of Angelina Jolie's incredible and successful movies, which include some of the most memorable films and fan-favourite characters.

Angelina Jolie is a well-known celebrity around the globe. The actress is not only known for her marvellous acting but she’s also known for her incredible social work. The Academy Award-winning actress, Angelina Jolie, rose to fame after her role in Girl, Interrupted (1999), playing the title role in the “Lara Croft” blockbuster movies, as well as Mr. & Mrs Smith (2005), Wanted (2008), Salt (2010) and Maleficent (2014).

The actress has been named among the most successful actors in Hollywood. Besides acting, Jolie is also known as a filmmaker and human rights activist. However, on June 5, the actress celebrated her 47th birthday. On Angelina Jolie’s special day, let’s take a look at some of her incredible and successful movies, which include some of the most memorable films and fan-favourite characters.

Changeling (2008)
Angelina Jolie’s movie Changeling is set in 1928 Los Angeles. Changeling is a story of a single mother Christine Collins, played by Angelina Jolie, who arrives home to find her son, Walter. Five months later her prayers are answered when Walter is found in Illinois. But to Christine’s horror, the boy who steps off the train is not her son.

Girl, Interrupted (1999)
Set in the changing world of the late 1960s, Girl, Interrupted is the true story of Susanna Kaysen a.k.a Winona Ryder, a young woman who finds herself at a renowned mental institution for troubled young women, where she must choose between the world of people who belong on the inside, like the seductive and dangerous Lisa a.k.a Angelina Jolie, or the often difficult world of reality on the outside.

Maleficent (2004)
Maleficent, starring in lead Angelina Jolie, is a beautiful young woman of a pure heart. When an invading army threatens the land, Maleficent rises up to become its protector. However, a terrible betrayal hardens her heart and twists her into a creature bent on revenge.

Mr and Mrs Smith (2005)
John played by Brad Pitt and Jane Smith aka Angelina Jolie, a couple in a stagnating marriage, live a simple but complicated and boring existence. However, each has been hiding a secret from the other, which is, that they are assassins working for adversarial agencies. When they are both assigned to kill the same target, Benjamin Danz (Adam Brody), the truth comes to the surface.

Eternals (2021)
Eternals has released just a year ago and had a great box office collection. Angelina Jolie starring movie, Eternals, is a race of immortal beings with superhuman powers who have secretly lived on Earth for thousands of years, reuniting to battle the evil Deviants.