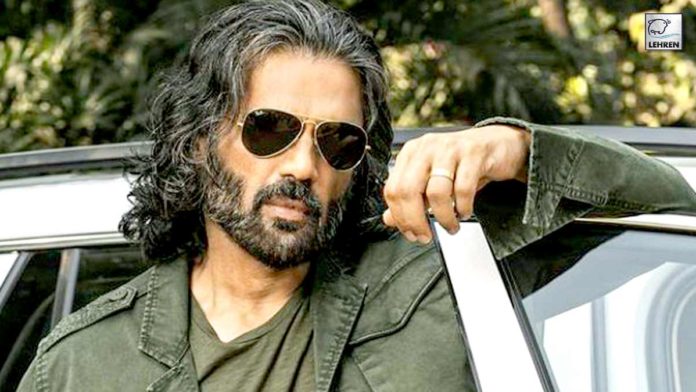 Suniel Shetty recently attended an event arranged by the CBI – Central Bureau of Investigation. The event was organized on the occasion of International Day Against Drug Abuse and Illicit Trafficking. The actor referred to as Anna in the film industry addressed the issue of drugs in Bollywood. He spoke about actors being targeted in drug cases and hashtag boycott bollywood.

In the past few years, actors have been controversial in many scandals related to drugs. Suniel Shetty said at the event that Bollywood is not filled with druggies. Further, he also suggested to forgive considering it a mistake.

Anna gave a spirited speech at the event and addressed the subject of how the film industry has been tagged as the hub of drugs. At the event he was asked why celebs were being targeted and treated like ‘drug addicts’. Suniel said: “Ek galti kardo toh chor hai, dacoit hai. Main 30 saal se industry mein hun aur 300 dost hain mere jinhone zindagi mein kabhi kuch kia nahi hai.”

Suniel Shetty is said to appear in the third installment of the comic classic movie Hera Pheri.

Prior to that many actors were summoned and questioned by NCB in the drug case during the death of actor Sushant Singh Rajput in 2020. Rhea Chakraborty spent a few weeks in jail for peddling drugs and giving them to the late actor. Netizens also accused Bollywood parties of consuming drugs, hosted by Karan Johar in the likes of Arjun Kapoor, Malaika Arora, Deepika Padukone, and more.