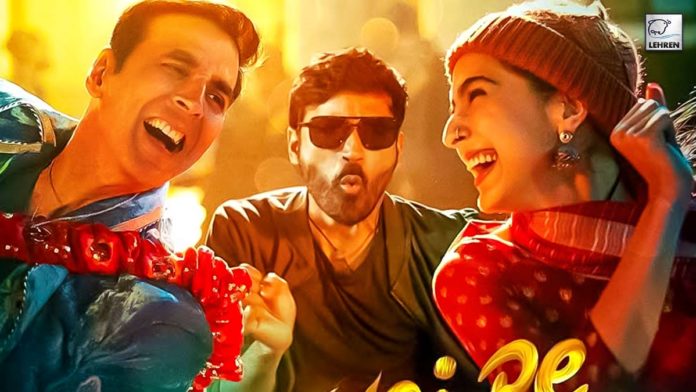 Addressing their 28 years gap, Sara believes that everything was managed well throughout the film, thanks to the maker Anand L Rai.

It has always been one prickly question in Bollywood when actors have paired with decades younger actresses. The growing trend of older heroes romancing much younger heroines is often an unpleasant sight for many. But when Sara was recently put into an awkward situation, the actress credited her director Anand L Rai for making the process and that she has all her belief in him.

“I feel that as ultimately, films are the director’s medium. You have to trust. I, as an actor, trust my director with everything, including with the casting. I believe–if we’re talking about this film in particular–then Aanand Ji has thought about this cast and has cast them accordingly. And if a filmmaker had to do the reverse, he had enough conviction and if he had actors who were convinced in his conviction, then that would happen as well. As long as filmmakers envision it, and actors believe in that vision, I don’t think there is anything more to it than that” she shared.

In the movie, Sara is paired with Akshay and Dhanush, the former has a 28-year gap whereas Dhanush is almost 12 years older than her. The maker Anand L Rai had previously requested people to not be too opinionated when the teaser of the movie attracted some backlash. “Atrangi means funnily weird. If a filmmaker shows patience in making a film, it’s his small expectation that people wait and understand the reason behind such a cast. We have a habit of judging people. I want people to watch the film for two hours, and react to it thereafter” he explained.

Sara can be seen forcibly married to Dhanush in the movies trailer while later she develops a love affair with another man who is assumed to be Akshay Kumar. The maker shares an outstanding bond with Dhanush and even referred to him as his family.

“Some bonds are made by nature. Now, I don’t look at him as an actor. He is like ghar ka bacccha. He gets the same love as my daughter” Anand mentions.

“This film basically belongs to Dhanush and Sara, they are the main leads. I have a special appearance in the movie. Rai was earlier confident that I will say no to the movie as it was a small role”.

“But I loved the story, it really is an atrangi (extraordinary) story. I never imagined that someone could tell a love story in this way. So when I said yes to this, Rai was taken aback. He thought there was only one percent chance that I would agree to do the movie and that’s what happened,” he said.

The movie is all set to release on the 24th of December on Disney plus Hotstar produced by T-Series, Color Yellow Productions, and Cape of Good Films.