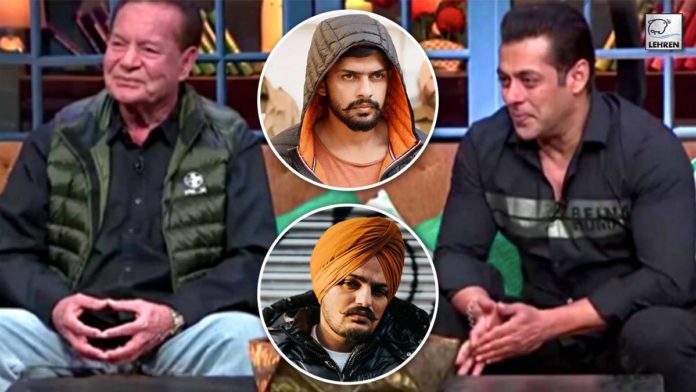 Bollywood actor Salman Khan and his father Salim Khan recently received a threat letter the Mumbai police have registered the case and have lodged an FIR against the anonymous sender.

Dabangg actor Salman Khan had recently travelled to Abu Dhabi for the IIFA award function, post the event the actor returned to Mumbai on Sunday. Salman was seen hosting the event along with co-hosts Riteish Deshmukh and Manish Paul were the hosts of the event held on Saturday.

According to the reports, Mumbai police said, Salim Khan, found the letter on a bench of the promenade accompanied by his security personnel where he sits daily after jogging in the morning. He found the letter at around 8 am in his and Salman’s name. Salman Khan’s father Salim Khan’s security staff found a chit from the place. “Moosa Wale jaisa kar dunga (Will make you like Moose Wala),” the chit read as per the report. The Mumbai police are currently interrogating the matter and are checking the CCTV footage of the promenade.

Recently, Bollywood superstar Salman Khan’s security has been beefed up after the murder of Punjabi singer and rapper Sidhu Moose Wala. Goldie Brar, a henchman of Lawrence Bishnoi, claimed responsibility for the Sidhu Moose Wala murder. In such a situation, the police have become alert about Salman’s security. Bishnoi had threatened to kill Salman many years ago.

The Punjabi singer was shot dead on Sunday in broad daylight at 6 PM by unidentified assailants while now the assailants are being linked to the case of Vicky Middukhera. Soon after gangsters Lawrence Bishnoi and Goldy Brar claimed the responsibility for killing the young singer, Sidhu Moose Wala. While the investigation of the case has been started.

Check Out: Netizens Left Baffled As Salman & Abhishek Gets Spotted Together At IIFA