Ranveer Singh To Be Present With Deepika Padukone During NCB Questioning? 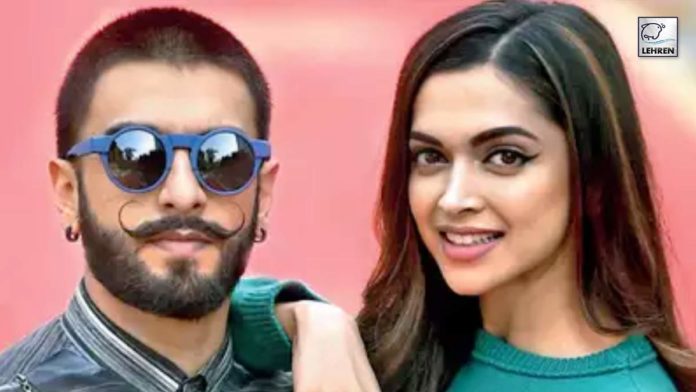 Reports claim that Ranveer Singh is seeking permission from NCB to be present with Deepika Padukone during the questioning. Read below to know more.

Actress Deepika Padukone has been the talk of the town ever since her name surfaced in the alleged drug angle. Following the alleged drug chat incident, the actress was sent summon by the Narcotics Control Bureau (NCB) earlier this week. Deepika Padukone will now be interrogated by the NCB owing to her alleged connection with the drug chats. The reports suggest that Ranveer Singh is seeking permission from NCB to be present with Deepika during the questioning.

Deepika Padukone flew back to Mumbai from Goa last night alongside her husband Ranveer Singh. The actress was in Goa to shoot for Shakun Batra’s upcoming venture.

According to the reports, Ranveer Singh has sent an official request to the drug control agency asking them to be present with Deepika Padukone. The plea allegedly mentions that DP suffers from anxiety.

Pertaining to the same reasons, there is a possibility that Deepika Padukone to have panic attacks during the probe. The actor knows that he can’t be present in the investigation room alongside his wife.

However, he seeks permission to at least be in the building to by DP’s side, just in case if anything goes wrong.

There’s no hiding of Deepika Padukone’s journey with mental health issues. The Cocktail actress has been very vocal about her battle with depression and anxiety.

On many occasions, she has mentioned how she would wake up in the morning feeling worthless. DP even confessed to crying out for no reason.

In 2015, Deepika launched her own organisation, Live Laugh Love to support those who are struggling with mental health issues.

As soon as Deepika’s name was out in the drug conspiracy angle, trolling on social media platforms began. Many claimed that the issues with her mental health arose due to alleged drug consumption.

The alleged drug angle emerged while ED was probing the Sushant Singh Rajput case. The ED approached the NCB when they sensed the involvement of illegal substances.

As of now, Sushant’s former girlfriend Rhea Chakraborty, her brother Showik Chakraborty and five others are in judicial custody.

Apart from Deepika Padukone, names of other actresses like Sara Ali Khan, Shraddha Kapoor and Rakul Preet Singh also have emerged in this drug conspiracy angle.