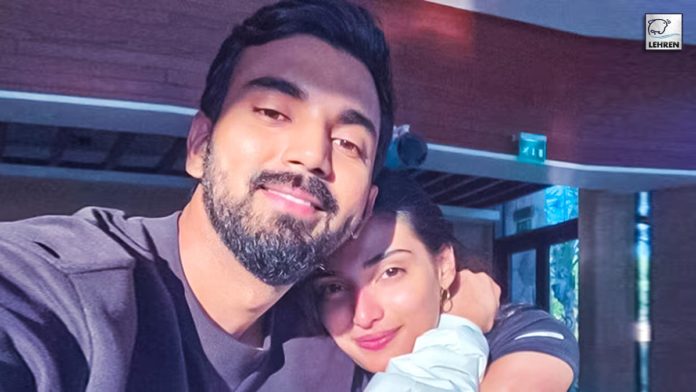 Athiya Shetty and cricketer KL Rahul have been dating for quite some time and their relationship was blooming taken it to next level. Both couples were earlier rumored to be marrying secretly and when asked Athiya’s father and actor Suniel Shetty he was denying any such thing.

But now things are official!! Athiya and KL Rahul are tying the knot in the coming month of February.

KL Rahul and Athiya Shetty will get married in Khandala, and the pre-wedding celebrations have already started. Wedding preparations began at Suniel Shetty’s home. On Friday night, Suniel Shetty’s home in Khandala was lit up and many guests were seen wearing traditional attire and dancing to celebrate the couple.

A video of their sangeet night is now all over social media. The song Besharam Rang by Shah Rukh Khan and Deepika Padukone from their upcoming film Pathaan can be heard in the clip.

Although the paparazzi couldn’t see the newlyweds, these photos look adorable and confirm that a wedding is indeed taking place. Neither cricketer KL Rahul nor Athiya Shetty officially announced the news of their wedding.

However, on Sunday Suneil Shetty interacted with paparazzi stationed outside her country home and made them a promise. Dad congratulated the Dhadhkan actor, chatted with them a bit, and promised he would get both Athiya and Rahul along with the whole family for the official photos.

This was the family’s first official confirmation of the marriage. The wedding is speculated to take place at Shetty Farm in Khandala and will reportedly be an intimate affair. KL Rahul and Athiya have been together for some time and the actress has also been seen with the cricketer on some of Team India’s tours.

The lovebirds made their relationship official last year when the Indian cricketer wished his sweetheart a happy birthday with a cute social media post featuring himself and Athiya.