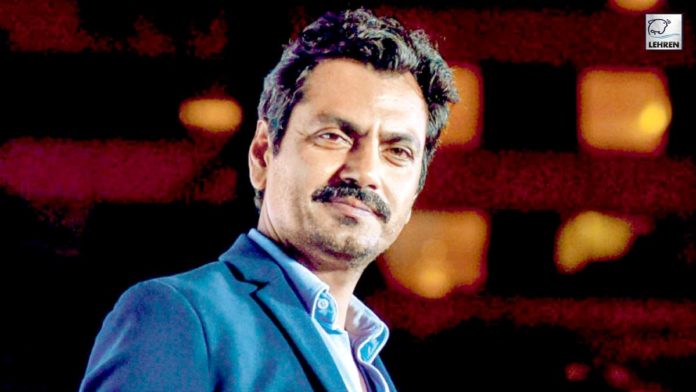 Nawazuddin Siddiqui is all set to start shooting for his international project ‘Laxman Lopez’. The movie is directed by Mexican director Roberto Girault. Critically-acclaimed actor Nawazuddin will fly to New York City in December as the movie is said to be filmed there. The sacred games actor recently finished the virtual reading of the script and will commence the shoot during Christmas.

Nawaz took to his Instagram account to convey the news to his fans and followers. Sharing a picture of himself along with the director of his upcoming International venture Laxman Lopez director, Roberto Girault, and writer Sammy Sarzoza, he wrote: “Just finished the virtual reading of #LaxmanLopez in this beautiful weather & now thinking about filming this during the Christmas Month in New York with my Director #RobertoGirault & Writer #SammySarzoza. P.S. Thand ki soch key abhi sey kap-kappi chooth rahi hai (Shivering at the thought of shooting the film during the winters).”

Mr. Siddiqui is already shivering with the thought of shooting in NYC during peak winters when Christmas will be around the clock. It is considered that Laxman Lopez is a very special project for Nawazuddin Siddiqui, who recently attended the 75th Cannes Film Festival.

Knowing the news of his international venture, fans went gaga and flooded the comments section. Actor Mridul Das commented “G.O.A.T”, this is a big title which means ‘Greatest Of All Time’. A fan wrote: “My hero” while another wrote, “Bhai kamal kar diya”. One comment read ‘Awwwwsm’ and others went all hearts.

Recently, he received Excellence in Cinema Award at the French Riviera Film Festival. He shared a picture of himself holding the accolade on social media. He wrote: “Receiving the #ExcellenceInCinema Award at the #FrenchRivieraFilmFestival made the wonderful evening all the more special. Memorable time spent with the amazing Cinema Artists from across the Globe was a beautiful feeling. @frfilmfestival @mujnicole #VincentDePaul @worth.barbara #JaroslawMarszewski @gillesmarini @nigeldalyofficial @canselelcin”

On the work front, he was last seen in Tiger Shroff and Tara Sutaria starrer Heropanti 2 as an antagonist. He earned immense success, love, and appreciation for his character Ganesh Gaitonde in Sacred Games. Apart from Laxman Lopez the actor has ‘Tiku Weds Sheru’, ‘Noorani Chehra’, and ‘Adbhut’ in the pipeline.