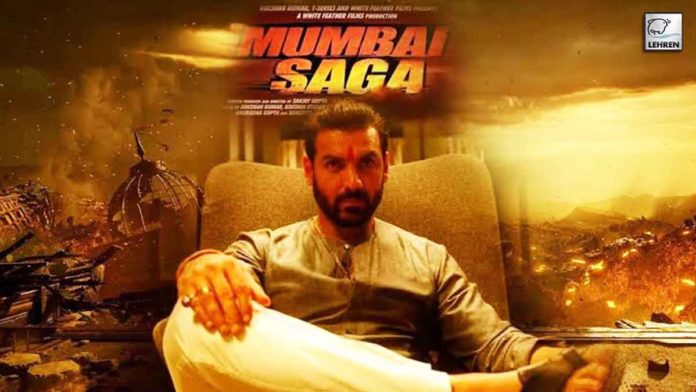 John Abraham and Emraan Hashmi's film 'Mumbai Saga' is having the World Television Premiere. Check out the details.

Promising an action-packed Sunday, Sony MAX announces the World Television Premiere of the recently released film, Mumbai Saga. The heavy-duty action saga has John Abraham and Emraan Hashmi, taking on each other while one takes on the role of avenging his brother’s death, while the other maintains law and order as a police officer. Mumbai Saga, which is based on true events, showcases the dramatic rise in lawlessness, betrayal and bloody gang wars in the nineties. Also starring special appearances by stellar actors like Mahesh Manjrekar and Suniel Shetty, the film is set for a World Television Premiere on 26th September at 12 PM only on Sony MAX.

Mumbai Saga depicts the birth of Amartya Rao (John Abraham), into the world of gang wars and bloodshed. After the goons make an attempt to murder his brother, Amartya gains influential support and becomes an underworld don. However, this position of superiority and importance, requires him to deal with bloodthirsty policemen and several other gangsters in the vicinity.

Directed by Sanjay Gupta, the movie is a Bollywood gangster drama set in the 1980s and 1990s based on true events, with gang wars ravaging the streets of the city and the underworld dons having the highest influential power. While John Abraham has effortlessly carried the weight of the movie on his shoulders, Emraan Hashmi has been immaculate in playing the role of Vijay Savarkar, an encounter specialist. The supporting cast comprising of Babbar, Rohit Roy and Samir Soni accentuate the film with their roles and leave behind an impact.

What are you waiting for? Save the date and don’t miss out on Mumbai Saga on 26th September at 12 PM only on Sony MAX.