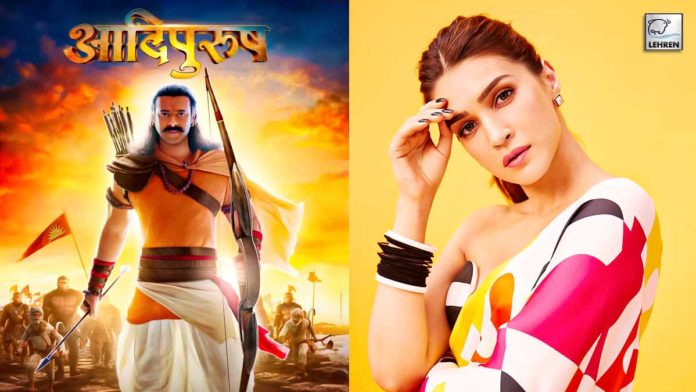 During a recent event, Adipurush actress Kriti Sanon finally responded to the backlash from the audience for the film's VFX.

Om Raut’s ambitious project Adipurush starring Kriti Sanon, Prabhas, and Saif Ali Khan is one of the much-awaited films of the year. Last month the teaser was unveiled and fans weren’t much happy to see it. The movie has received much backlash over poor VFX. Meanwhile, during a recent event, Adipurush actress Kriti Sanon finally responded to the backlash from the audience for the film’s VFX.

During a recent promotional event for her upcoming film Bhediya, actress Kriti Sanon finally addressed the issue of receiving backlash from the audience for Adipurush’s VFX. During the event, Kriti was asked if Adipurush’s release date getting postponed after receiving criticism over VFX.

To this Kriti said, “As Om Raut, my director, has mentioned in the note that was brought out, it is a film that we all are extremely proud of. It is a film which is of grand canvas; it is a part of our history and is extremely important. It needs to be put out in the right way and in the best possible way because that’s what he also had envisioned.”

Kriti further shed light on the plot of the film and said that there’s more than just the teaser, she said,  “So a one-minute 35-second teaser came out. There is a lot more to the film that he (OM) needs to work on, and needs time. We all want to give it the best shot because this is an opportunity to get our history, to get our religion globally out there. It is a story that we are all proud of, so it needs to be done in the best possible way. And I think he is going to give it all the talent that it needs, and all the effort it needs because the heart and the soul are in the right place.”

All You Need To Know About Adipurush

Adipurush featuring Prabhas, Kriti Sanon, and Saif Ali Khan is adapted from the Hindu mythological epic Ramayana. The film based on Ramayana will have Prabhas essaying Ram, Kriti Sanon will be seen as Sita, Saif Ali Khan will play Lankesh aka Ravan and Sunny Singh will play the role of Laxman. Helmed by Om Raut Adipurush is produced by T-Series Films and Retrophiles. Adipurush is scheduled to release in theaters on 16th June 2023.