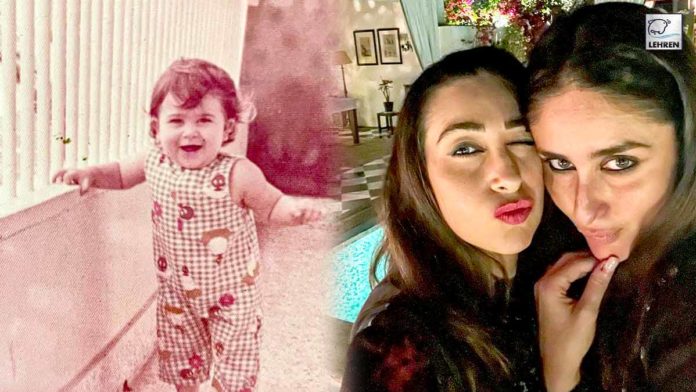 Kareena Kapoor wishes her big sister Karisma Kapoor on her 48th birthday and shares a sweet childhood picture of the actress.

Bollywood actresses Kareena and Karisma are one of the most adored sister duos, both the actresses not only share a great sisterly bond but are also each other best friends as well. While on the 48th birthday of Karisma her little sister Kareena took to her Instagram to wish her sister as she posted a cute childhood pic of the actress, sharing the picture she wrote, “To the pride of our family …This is my most favourite picture of you Aaj Sab bolo Happy birthday to our LoLo #just the best sister ever…”.

Meanwhile, Kareena Kapoor is currently enjoying her vacation in London with her family, husband Saif Ali Khan, and two sons, Taimur and Jeh. They are accompanied by their relatives Rima Jain, Armaan Jain, Anissa Malhotra, and Nitasha Nanda. The actress recently shared a glimpse of her vacation in which she could be seen enjoying sipping on her coffee. Sharing the pic she wrote, “Waited two years for you baby Pret #Sipping my coffee Coffee Lover”.

On the work front, Kareena has recently wrapped the shoot for her OTT debut, which is a murder mystery and will stream on Netflix. She will also be seen in her upcoming film ‘Laal Singh Chaddha with Aamir Khan. Meanwhile, Karisma Kapoor will be seen in Abinay Deo’s Brown.