Karan Johar Praises Alia Bhatt For Her Performance In Darlings, Take A Look 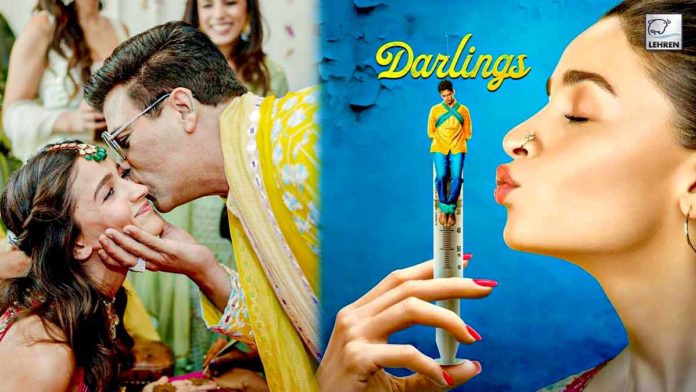 Bollywood filmmaker Karan Johar writes a long note as he praised the team of 'Darlings' for their spectacular performance in the film.

Darlings: Bollywood actress Alia Bhatt who will recently be seen in her upcoming OTT venture ‘Darlings’ is currently heaping praises for her performance in her upcoming project. Recently filmmaker Karan Johar applauded the mommy-to-be for her performance film Darlings. Taking to Instagram the filmmaker wrote a long note for the actress, take a look-

Karan Johar Praises Alia Bhatt For Her Performance In Darlings

Bollywood filmmaker Karan Johar is going all praise for actress Alia Bhatt. Karan recently took to his Instagram and wrote a long note for the team of Darlings praising the hard work they put into the film. He wrote, “A debut director so assured that she sucks you into the vortex of #Darlings like a bonafide veteran! To balance humour ( dark and conversational ) with a sensitive subject is a massive challenge in itself but the team of this nuanced noir and exceptionally solid film take it on and emerge victor victorious! So fun! So hard hitting and so engaging! All at once!

He added, “@aliaabhatt @shefalishahofficial @itsvijayvarma @roshan.matthew are FANTASTIC!!! This is the best ensemble of actors I have seen in a long time! BRAVO! Take a bow Jasmeet @jasmeet_k_reen what a debut!!!! Can’t wait to see more of your work! Congratulations My baby girl @aliaabhatt what a brave decision to begin your producer journey with.. may the sunshine on your content decisions eternally!”.

He further wrote, “@gaurikhan @iamsrk @redchilliesent @_gauravverma take a BOW !! What a PROUD film to green light !!! May the force always be with you! So finally My darlings don’t miss #darlings on the 5th of August only on @netflix_in …..it’s a 5 star film!”.

Talking about Darlings, co-produced by Eternal Sunshine, Alia Bhatt said, “Darlings holds a very special place in my heart, it’s my first film as a producer that too with Red Chillies. We are very proud and happy how the film has shaped up and we hope it will entertain and engage audiences world over.” Darlings is a joint venture of Red Chillies Entertainment, owned by Shahrukh Khan, and Alia Bhatt’s production Eternal Sunshine. The film also features Shefali Shah, Vijay Varma, and Roshan Mathew in key roles.