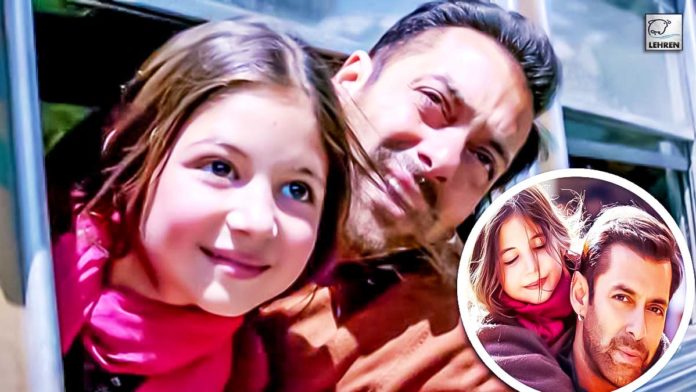 Salman Khan had announced just a few days back about him making a ‘Bajrangi Bhaijaan 2’ and fans were already excited about it, but not anymore after what Kabir Khan has to say.

At a recent “RRR” event Salman Khan had announced the making of one of his popular hits “Bajrangi Bhaijaan 2”. As per Salman’s claims, “Bahubali” fame director Rajamouli’s father KV Vijeyendra Prasad is assigned with the task of writing the script of the sequel. While being asked about the same to the former director of the film, Kabir Khan, he had mentioned that it was merely an announcement that an impromptu Salman had made and that an idea about the sequel hasn’t been formed yet.

Fans all got excited to see Sallu in “Bajrangi Bhaijaan” again and had since then flooded the internet with countless memes and reactions. However, Kabir Khan has now stated that no such thing is currently under the process and still a lot of work has to be put in if they ever had to make a sequel of the film.

Attending the event that took place in Mumbai, Salman mentioned the big announcement. The event was hosted by Karan Johar for Rajamouli’s event for his upcoming film, multi starrer “RRR”, Salman was called a guest there.

“I have a strong relationship with Rajamouli and his father, as he wrote Bajrangi Bhaijaan and soon we will be working together again for Bajrangi Bhaijaan 2” announced Salman, stirring lots of anticipation among the crowd.

When a curious Karan Johar asked Salman if he was actually confirming the news of a possible sequel, he said the work is underway for now and insisted everyone focus only on “RRR” for now.

Even earlier when asked about the same, director Kabir Khan had denied making any sequels of the 2015 blockbuster hit. He had also shared how he doesn’t like to make sequels of films and that even if he thinks of one, he mentioned that the script should appeal to him first. Even Salman Khan had rubbished the rumors of a second part of the film back then and said how the “Bajrangi Bhaijaan” was a one-off film and a sequel was impossible. But he challenged his own words at the recent event by announcing the sequel.

As of now, no updates about the sequel have been made official except for Salman’s claims.