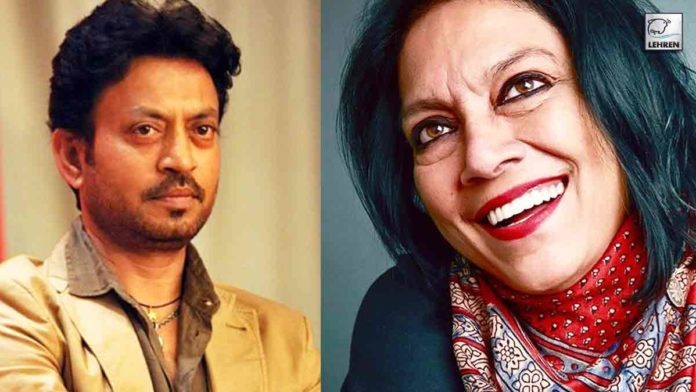 Mira Nair spills the beans on why she wanted Irrfan Khan to play the role of Nawab of Baitar in her recent venture A Suitable Boy. Read below to know more.

The entertainment industry lost a gem of an actor Irrfan Khan around six months ago. His absence in the cinema industry can be felt worldwide and not only just in India. The actor had given a brilliant performance in Mira Nair’s 2006 film The Namesake. Indeed that latter wanted him to star in her recent venture A Suitable Boy. Speaking of the same, Mira Nair said that she wanted Irrfan Khan to play the role of Nawab of Baitar.

For the unknown, A Suitable Boy released on Netflix last week and it has garnered mixed reviews from the critics and audiences. The reports claim that Irrfan Khan was supposed to be a part of the Netflix series. However, the 53-year old later opted out because of his deteriorating health condition.

In her recent interaction with a tabloid, Mira Nair revealed that she reached out to Irrfan Khan as she wanted him to play Nawab of Baitar. Furthermore, Nair added that she even tapered the role so that it does not get to hectic for Irrfan.

The filmmaker further expressed her disappointment of not having versatile actor Irrfan Khan in her passion project. She even considered him as one of her trusted collaborators.

As Irrfan Khan backed out, the role of Nawab of Baitar got passed on to Aamir Bashir, who also essayed it with perfection.

Well, it would have been interesting to see the talented Irrfan Khan play the role of Nawab of Baitar. After knowing this maybe even the viewers look at that character with a different eye.

Irrfan Khan left for heavenly abode on April 29, 2020. He succumbed to his 2-year long battle with a neuroendocrine tumour. The actor is now survived by his two kids and wife.