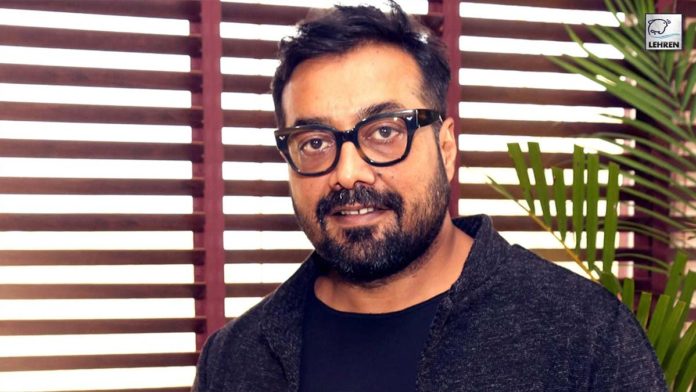 Anurag Kashyap shares his thoughts on the restrictions filmmakers deal with while making a movie, says they fear making political or religious films

Filmmaker Anurag Kashyap is renowned for his work in Gangs of Wasseypur, Dev D, Raman Raghav 2.0, Manmarziyaan, and more. He is currently gearing up for his upcoming movie Dobaaraa. During the film’s screening, Anurag breaks his silence on the industry’s fear of making a film that is remotely political or religious.

The director spoke about the restrictive atmosphere in Bollywood surrounding the content of films as what can or cannot be shown to the audience. He described the filmmaker’s situation as walking on a very thin line. Anurag thinks storytelling in Bollywood has become prohibitive and the creators are in a fragile condition.

Adding to the fact, most of the films are criticized and become controversial even before their release. To elaborate, mythological movies such as Padmavat, Samrat Prithviraj, and factual films like The Kashmir Files were criticized. Netizens immediately raise their voice and urge to boycott and ban the film when it doesn’t clear the checklist of their perspective of an ideal film.

Anurag’s upcoming movie Dobaaraa was screened at BFI, during that he said: “I like long-form storytelling, and I’ve been working on lots of stuff but we’re also dealing with a kind of atmosphere where one is very restricted in the kind of drama that you can do.”

He further added, “At the moment, we can’t do anything that is remotely political, or remotely religious. Those are big nos. And big nos not because anyone has said that you can’t do that, but because everybody is living in an atmosphere where they don’t know how anybody is going to react. Right now, we’re very fragile, we’re very easily offended. So, for creators in India, it’s a great time to create long-form storytelling and new experimental stuff, but at the same time, we are walking a very thin line.”

Dobaaraa is an authorized Hindi adaption of Oriol Paulo’s 2018 Spanish-language film Mirage. The actor of ‘AK vs AK’ revealed that the mystery film deals with time travel and parallel universes. The film lauded as a new-age thriller stars Taapsee Pannu and Pavail Gulati. The film helmed by Anurag Kashyap is produced by Shobha Kapoor and Ekta Kapoor’s Cult Movies and Sunir Kheterpal and Gaurav Bose of Athena.