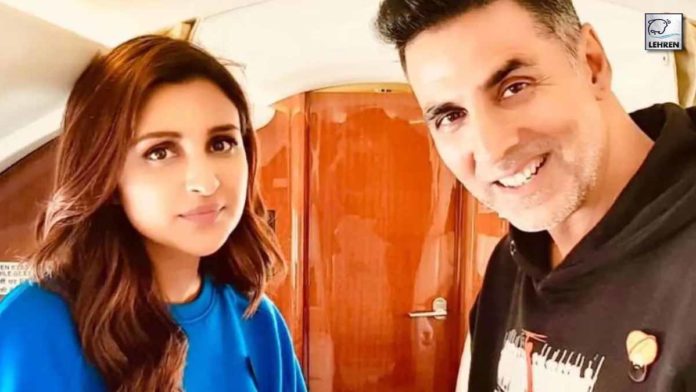 Akshay Kumar is set for another project - Capsule Gill, filming will start in July

Akshay Kumar was lastly seen in Samrat Prithviraj and is currently in the headlines for the upcoming film Rakhsha Bandhan. The Khiladi actor has dozens of movies in his kitty and is said to tick off every movie finishing shooting in a short span. Akshay Kumar is now set to kick start the shooting for the next film Capsule Gill. He will fly to the UK along with an ensemble cast including Parineeti Chopra in the leading role.

Capsule Gill is a biographical movie based on the life of chief mining engineer Jaswant Singh Gill. The movie revolves around the 1989 coal mine disaster where chief mining engineer Jaswant Singh Gill saved the lives of over 60 lives. Akshay Kumar is said to play the role of Jaswant Gill while his Kesari co-actor Parineeti Chopra will act as his wife.

A source close to the film revealed that: “Parineeti Chopra plays Akshay’s wife, and she will join Akshay in the film’s Raigarh schedule. Her role is smaller but a significant one in the film, working as a catalyst to the heroic act of Gill.”

Sharing details about the shooting schedule, the source added, “The pre-production and all have been completed and the team will fly to the UK on June 29 to kick-start filming on July 4th. A total of 48-days of shooting has been planned in the UK, and while Akshay will shoot there till the whole of July, the remaining cast will film their sequences till August 22nd before wrapping the first schedule.”

Akshay will shoot till July 31st and will resume filming in September after Raksha Bandhan promotions. The film of the brother and sisters bond is scheduled to release on 11th August along with Aamir Khan’s Laal Singh Chaddha.

Capsule Gill reunites Kesari co-stars, Akshay Kumar and Parineeti Chopra, interestingly both played the husband-wife character in the patriotic film too. Apart from the two, Kumud Sharma, Ravi Kishan, and Dibyendu Bhattacharya are also included in the pivotal roles. The film is directed by Suresh Desai and produced by Vashu Bhagnani’s Pooja Entertainment and Kyta Productions.