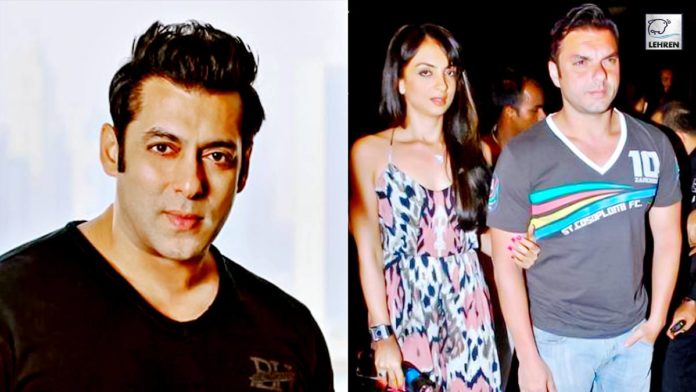 After her divorce with Sohail Khan, Seema Khan changed her name on social media. Read the details.

Salman Khan’s family is going through a rough patch as another divorce has happened in their family. Another pair has fallen apart in the Bollywood industry and it is none other than Seema Khan and Sohail Khan. After staying together for many years, the couple has decided to seek a divorce. Both the famous faces were spotted at a Bandra family court a few days ago.

After the separation, Seema Khan has now changed her name on social media. Taking to her Instagram, Seema has reverted to her maiden name which reads, ‘Seema Kiran Sajdeh’.

Previously, Seema also opened up about her relationship status with Sohail and told a popular news portal, “I am single, footloose, and fancy-free.”

In the year 2017, on the popular web show ‘The Fabulous Lives Of Bollywood Wives’, Seema also revealed that the two have been living separately which is why their children are shuttling between the two houses. Disclosing about the romance, she further added, “It’s just that sometimes when you grow older, your relationships meander and go into different directions. I make no apologies about it because we are happy and my kids are happy. Sohail and I are not a conventional marriage but we are a family. We are a unit. For us, he and I and our children matter at the end of the day.”

For the unversed, Seema Khan and Sohail Khan got married in the year 1998. They both have two sons whom they named Nirvaan and Yohan.

must Read: Kiara Advani Reveals Her Weird Phobia, Says, “I Start Crying If…”