Enjoy The Weekend Watching These Movies And Web Shows 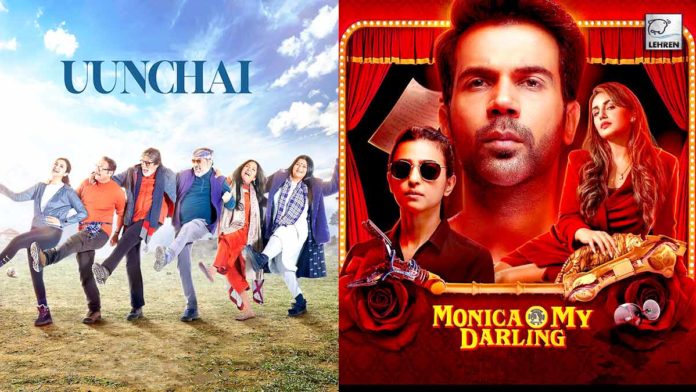 Head to your nearest theaters to watch his overwhelming tale of friendship. Uunchai story displays the friendship of three oldies Amitabh Bachchan, Boman Irani, and Anupam Kher. The trio is on a mountaineering trek headed by a tour guide played by Parineeti Chopra. Helmed by Sooraj Barjatya under the banners of Rajshri Films the film was released in theaters on 11th November.

Breathe: Into The Shadows Season 2

The new season of Breathe: Into The Shadows is all set to release on November 9th. In the upcoming season, Abhishek Bachchan will reprise his role of Avinash Sabharwal. Directed by Mayank Sharma the show stars Amit Sadh, Nithya Menen, Sayami Kher, and Naveen Kasturia. Breathe: Into The Shadows Season 2 will premiere on Amazon Prime Video on November 9

Brahmastra: Part One Shiva was undoubtedly one of the highly anticipated films of the year. Helmed by Ayan Mukerji the fantasy drama received mixed reviews from critics and audiences. After creating hype in theaters the movie has now landed on OTT platforms. The fantasy adventure drama headlined by Ranbir Kapoor and Alia Bhatt is streaming now on Disney+ Hotstar.