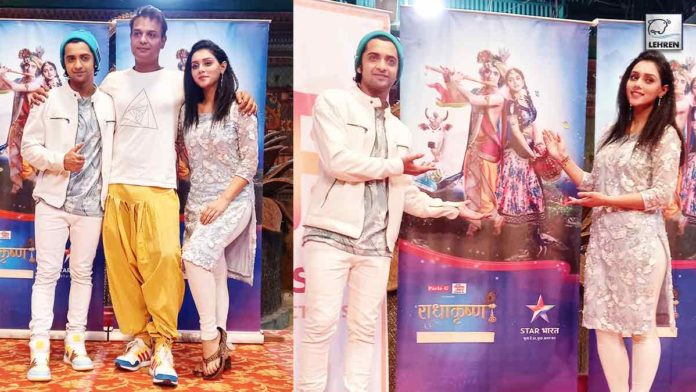 Star Bharat's popular show "Radhakrishn" crossed 800 episodes, the iconic show is a staple of the channel and never failed to excite the fans.

The audience’s favorite “Star Bharat” show “RadhaKrishn’” has managed to hold and retain the number one spot since day one. Brought to us by the king of mythological shows, producer Siddhart Kumar Tewary, it brings to the fore, talented actors like Sumedh Mudgalkar and Mallika Singh as the leads on the show. The show has been loved and appreciated throughout its inception in 2018. The storyline and how it’s being portrayed on screen have been in the news for the good forever now. That being said, the show is all geared up to become one of the longest-running ones. That’s right, the spellbinding show headed towards an iconic 800th episode and we are all excited

With the show reaching this milestone of 800 episodes, we are certain that the makers are all set to entertain their viewers with an intriguing track. The show has never failed to stimulate our devotional sides, keeping in mind to charm us with the storyline each time. Since it has managed to amuse us with each episode until now, we expect the upcoming ones to be nothing different.

Shedding some light on this proud moment sources from the sets of the show said, “The entire team of RadhaKrishn is very proud of this iconic moment. Right from Siddharth Sir to Sumedh, Mallika, and the entire star cast. The celebrations for this milestone started on the day where there was a plantation drive followed by an award show. The celebrations further extended to a cake cutting ceremony where everyone got together and had a gala time. We are all very excited and we hope the audience continues to shower the same love and blessing to us throughout our journey.”

Kudos to the cast and crew of ‘RadhaKrishn’ and many congratulations on the completion of the successful 800 episodes!

Fardeen Khan Loved The Script Of No Entry Mein Entry