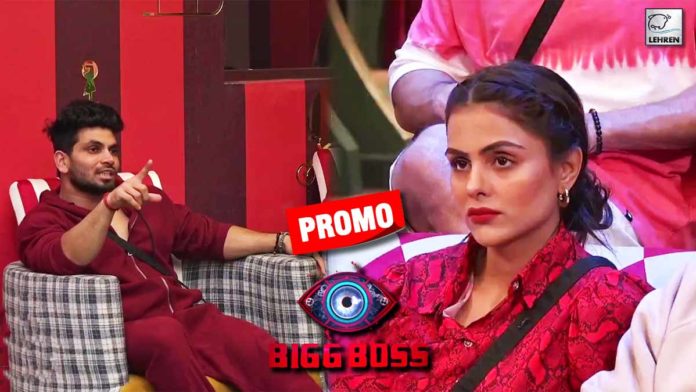 Shiv Thakare teaches Arcahan Gautam a lesson after the latter denies about doing any of her duties, here's what happened next-

Bigg Boss 16: The television reality show Bigg Boss 16 is currently in its third week. Actress and contestant Sreejita De was evicted during the recent weekend ka vaar after getting nominated by house captain Gautam Vig. While the new captain of the house this week is Shiv Thakare who is currently facing continuous denial from the housemates including Archana and Priyanka. While in the upcoming episode Shiv will lock horns with Priyanka after the latter goes against Shiv and sleeps during day time. Here’s all that you will catch in the upcoming episode of Bigg Boss 16.

Ever since Shiv Thakare became the new captain of the house many housemates including Priyanka Chahar Choudhary, Nimrit Kaur Ahluwalia, and Archana Gautam among many other contestants are now having issues with Shiv claiming that he has changed after stating the captaincy for the week.

Following the denial, Archana Gautam has now decided to protest against Shiv by not doing any of her duties. While in a new promo, Archana was even seen sleeping during the daytime so that she somehow cancel the captaincy of Shiv. However, Shiv came out with a special trick as he pours water on Archana to wake her up.

Apart from Archana, Priyanka Chahar Choudhary who lost her captaincy against Shiv will also be seen protesting against the captain after she fails to get sleep during the night. Shiv asks Priyanka to do her duties but the latter denies saying that she will surely do her duties but will do them when she wants.

On the other hand, Nimrit along with Gautam, Tina, and other housemates will be seen becoming the ghosts during the night as they’ll try to scare Archana, Shalin, and others. However, their joke wouldn’t turn out to be funny for other housemates. Archana and Priyanka will get agitated by their joke and they decide to start protesting against Shiv for disturbing their sleep. Both Archana and Priyanka will deny doing any of their duties in the upcoming episode.