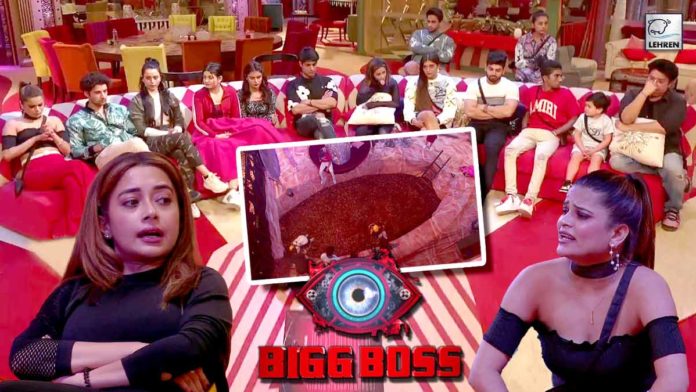 Bigg Boss 16 Nov 9 Update: Bigg Boss 16 is currently in its 6th week, in the recent week many friends turned foes and many foes turned friends for many housemates inside the house. Following the same many fights and arguments were seen getting sparked inside the house and the most recent remains of Shalin and Tina’s fight. In the recent promo, many contestants were seen having arguments as they fought in favor of Abdu’s captaincy while others argued to remove Abdu from his captaincy. Here’s all that happened in the latest episode of Bigg Boss 16-

After having a heated argument both Shalin and Sumbul decide to pacify their fight and go for a compromise. Both the actors dissolved their issues as they confronted each other about the same.

In the recent episodes, some sourness was seen surging between Tina and Shalin’s relationship. They earlier had an argument after Shalin stated that Soundarya is better than Tina. The two will now be having a fight over the same. Shalin states that Tina thinks of herself as “righteous” he then asks her to keep up with her “righteous attitude”.

He further states that he always stood by her but she made fun of their relationship after she didn’t serve him food. Shalin then adds that other housemates are taking advantage and are making fun of the two. He then claims that Tina is just too “over smart”.

Sajid confronts Gori for being rude to him. He states that she had been ignoring him and giving him attitude ever since they had their argument over food. Sajid tells Gori that he thinks of her as his sister and doesn’t want to fight. He states that he doesn’t want to start playing dirty. Following the same Sajid passes a comment using the word “dancer”. Without hearing the whole conversation Archana intervenes and accuses Sajid of using word “dancer” for Gori. Sajid says that he didn’t mean it otherwise.

Bigg Boss calls Archana and confronts her about the ruckus she created on the word “dancer”. He then warns Archana to not use culture, ethnicity, and race in her conversations and arguments. Other contestants watch the whole conversation.

During yet another segment Bigg Boss asks contestants to rate Abdu’s captaincy and state reasons if he was successful or he failed to be the captain. While many contestants like Nimrit, Sajid, Shiv, and others stand in favor of Abdu’s captaincy, Archana among a few others targets Abdu for being a biased captain.

Later Bigg Boss gives the contestant a task to either save Abdu’s captaincy or restrict him from beginning the captain again. Bigg Boss assigns Priyanka as the “sanchalak” of the task he also gives her the privilege to do whatever she wants.