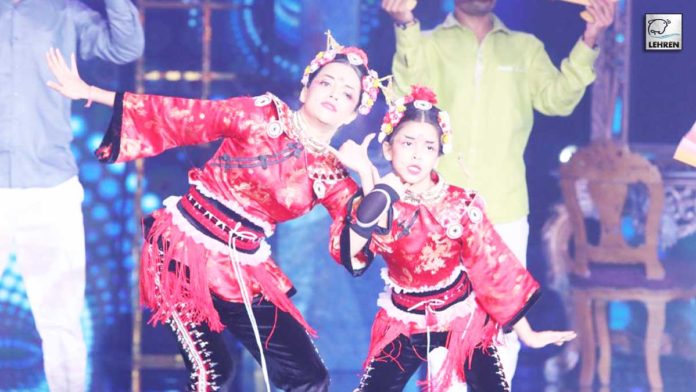 Arshiya and Anuradha’s act included a lot of memorable moments, and the judges gave it a thumbs up with broad smiles on their faces.

This weekend, Super Dancer – Chapter 4 will celebrate the golden era of Indian Cinema with Annu Kapoor as the guest judge. The entire episode was nothing short of a trip down memory lane where the contestants and their respective super gurus recreated the magic & charm of the Black and White movies and presented beautiful performances.

Contestant Arshiya and her Super Guru Anuradha gave an energetic dance performance on Helenji’s popular song ‘Mera Naam Chin Chin Chu.’ Their act included a lot of memorable moments, and the judges gave it a thumbs up with broad smiles on their faces. It was so remarkable that it drove Annu Kapoor to go back over the song’s history and reveal some unknown insights. He said, “This film established Helenji in the industry. She is a marvelous dancer. It used to be a delight for any choreographer to make Helenji dance. Helenji has roots in Burma, therefore through make-up it was easier to give her the desired look for the song and those quintessential eyes.”

Furthermore, Geeta Kapoor complimented the act’s transitions and congratulated Arshiya and Anuradha for performing the song in such a unique manner. The biggest highlight happened after the duo’s performance, when Arshiya’s Daadi returned to the show for the first time in a long time. It was amazing to see how everyone on set, including the three judges, sought dadi’s blessings on her return.