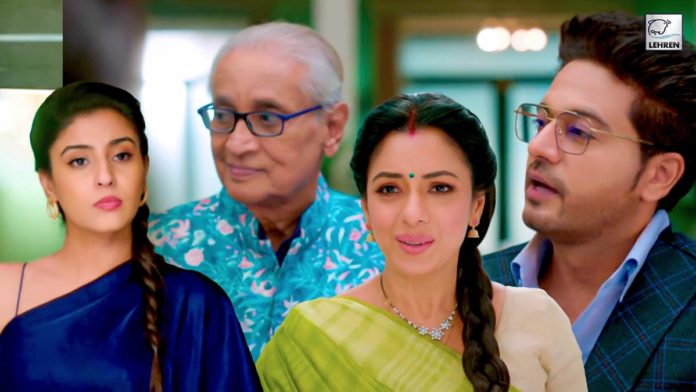 Check out Anupama's written update for the 18th June 2022 episode.

Anupama Written Update 18th June 2022: Anupama’s latest episode begins with Anupama cooking and talking with her students about her dance classes. Later Barkha enters the kitchen and gets ridiculed after seeing the kitchen filled with plastic boxes.

Barkha yells at Kamal for not arranging the kitchen properly. Anupama asks Barkha not to scold Kamal as it is she who has arranged the kitchen accordingly. Anuj, Ankush, Sara, and Adhik enter the kitchen and ask Anupama about what she has cooked. Anupama tells Kapadia that she made halwa for everyone. Anuj and Ankush get excited to have halwa made by Anupama. Anupama says that GK should the one to get the sweet. Barkha gets irked.

Samar confronts Pakhi about misbehaving with Vanraj. Paritosh side Samar and asks Pakhi to be careful while using her word. Samar says to Pakhi that she is behaving like a kid who gets attracted to a relative who gives a good amount. Pakhi asks Samar he can think of whatever he wants but she will still go to Anupama’s place. She further sees that Adhik has started following her on social media. Pakhi gets excited to visit Anupama’s house.

Barkha makes faces seeing GK sharing the same bowl. Adhik and Barkha give look to GK. GK understands Barkha’s intention post she asks the former to take a separate bowl for eating. Barkha further signals Ankush to talk about business. Ankush asks Anuj if he too can join his business. Anuj agrees. He further says that Anupama will give the confirmation. Anupama sits shocked. Barkha and Ankush too get shocked hearing Anuj.

Pakhi gets hurt. Vanraj worries for Pakhi. Pakhi says to Vanraj that she got punishment for misbehaving with him. Vanraj forgives Pakhi. Pakhi shows their picture in the newspaper from Anuj’s party. Vanraj thinks Anupama’s status will surely come in between their kids this time. Meanwhile, Anuj and Ankush get excited to work together. Ankush and Barkha get shocked when Anuj mentioned that GK will make him understand important work. Anupama gets angry with Anuj for asking her permission whether Ankush can join the business. Later, Anuj shares with Anupama that money separates good relationships. He worries working with Ankush might bring differences in their relationship. Anupama assures Anuj.