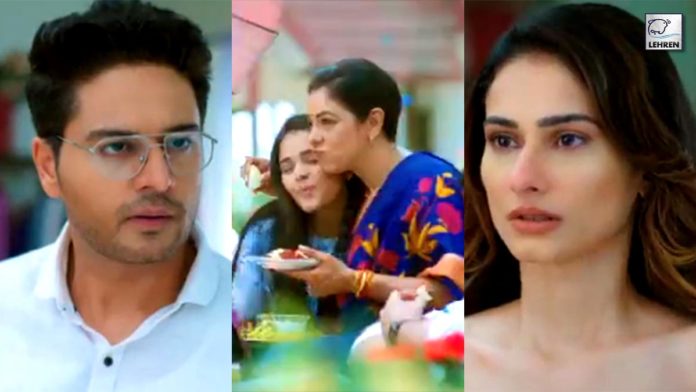 Check out Anupama's written update for the 17th May 2022 episode.

Anupama Written Update 16 May: The episode begins with Kinjal telling Anupama that whenever she will get the time she can visit her and the baby or she will come to see her. Anupama says to Kinjal that she too won’t be able to live without seeing the baby being a grandmother. She further asks Kinjal and Anupama not to cry else her eyes will swell up and pictures will not come out well. Pakhi asks Anupama and Kinjal to stop getting emotional and get ready.

Malvika Stuns Family Says She Needs To Leave For America

Hasmuk asks Leela to bless Anupama as there is still time to apologize. He adds if Anupama leaves the house without her blessing then her whole life she will regret it. Anuj-Anupama gets excited after seeing their wedding attire. Anuj asks Devika if she has selected a dress for her. Devika says she isn’t able to choose. Anuj asks to take Malvika’s help. Malvika comes and informs Anuj that she has to go to the USA immediately. Anuj stands shocked. Malvika shares that to save her parent’s dream house she has to go to USA. Anuj refuses to marry in Malvika’s absence. Malvika, Devika and GK stands stunned.

Anupama Spends Time With Her Kids

Samar and Paritosh tease Pakhi for helping in decoration in summer. Pakhi says Anupama is her mother too. Samar, Paritosh, and Kinjal feel hungry. Samar says he wishes for some drink and good food. To their surprise, Anupama brings a drink and food for them. Anupama says she can never step back off from her mother’s duty.

Meanwhile, Malvika manages to convince Anuj to change his decision and let the wedding take place on the decided day. Anuj gets convinced. Malvika asks Devika to shoot her dancing video before she leaves. Gk and Devika stands teary. Anuj hugs Malvika. Both get emotional.

Kavya asks Vanraj to pay back Anupama by attending her wedding. Anuj brings the baraat.