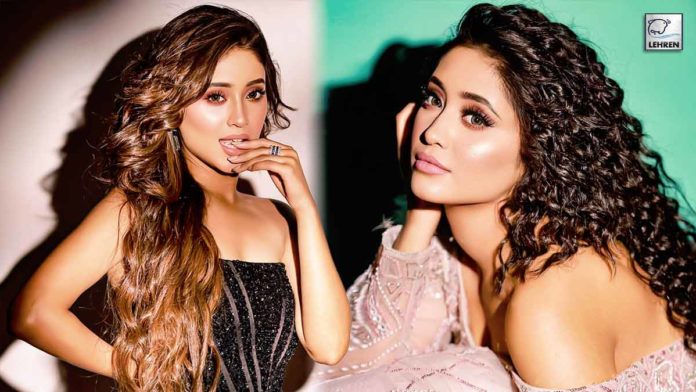 Here are the top 5 times when actress Shivangi Joshi turned heads with her glamorous looks, take a look-

Shivangi Joshi is a well-known name in the television industry, the small screen actress rose to fame with shows like Yeh Rishta Kya Kehlata Hai on Indian television and others. Shivangi was earlier seen essaying the role of Naira for a very long time on the star plus show Yeh Rishta Kya Kehlata Hai with actor Mohsin Khan. Soon after which she joined Balika Vadhu 2. While recently she was seen in Rohit Shetty’s show Khatron Ke Khiladi.

The actress enjoys a huge fandom on her social media and she often treats her fans with gorgeous pictures every now and then. So here are the top 5 times when actress Shivangi Joshi turned heads with her glamorous looks, take a look-

TV diva Shivangi Joshi earlier shared a series of pictures on her social media oozing in her classic black look. The actress looked all decked up in a classic glittery black dress as she shared some hot poses. Take a look-

The television actress Shivangi looked straight out of a fairy tale princess as she wore a neon orange floor-length dress while wearing bold makeup and a top-knot hair bun. Take a look-

Television actress Shivangi Joshi recently shared her adorable look in a yellow saree. In the picture, the actress was seen draped in the traditional embroidered saree look. The saree was from Neeru’s. It has roses in vintage hues printed on a deep yellow base.

Shivangi treated her fans with another saree looks from her archives, as she wore a white transparent saree and her fans totally loved it. The saree was from Varun Bahl couture with heavy embroidered golden border.

On the work front, Shivangi was last seen in the Khatron Ke Khiladi 12 show.

ALSO READ: Indian Television Actresses Who Are Just Too Hot To Handle, Take A Look