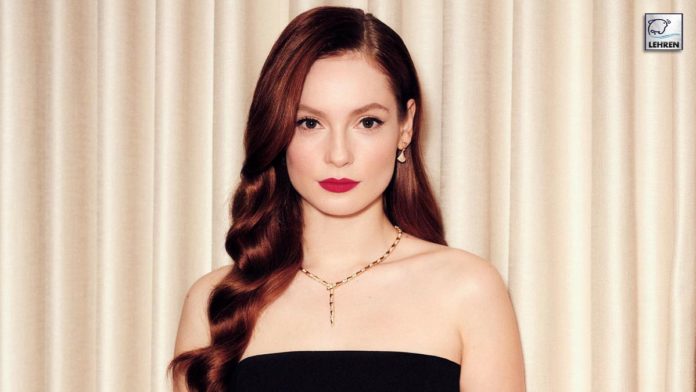 The production of the third season of Bridgerton was started in July and marks a slight stark deviation from the chronology of the novels.

Hannah Dodd has recently replaced Ruby Stokes as Francesca in Bridgerton Season 3. The actress discusses the pressure of replacing Ruby Stokes. Based on Julia Quinn’s series of Regency-era romance novels, the show is about the romantic and social struggles faced by the titular Bridgerton family as they make their debut in high society.

Francesca, played by Stokes for the last two seasons, features as the sixth and somewhat more mysterious Bridgerton sibling. Making its Netflix premiere in 2020 to critical acclaim, the first season of the show placed the spotlight on the eldest Bridgerton daughter, Daphne played by Phoebe Dynevor, and her romance with the unfriendly Duke of Hastings, Simon Basset aka Rege-Jean Page.

Season 2 of the critically acclaimed Netflix show is based on the book and follows the family’s eldest son, Viscount Anthony Bridgerton (Jonathan Bailey), and his eventual relationship with the witty Kate Sharma (Simone Ashley). The production of the third season of Bridgerton was started in July and marks a slight stark deviation from the chronology of the novels.

Instead focusing on Quinn’s fourth book, Romancing Mister Birdgerton, which centres on the will-they-won’t-they romance between Penelope Featherington (Clare Devlin) and Colin Bridgerton (Luke Newton). Notably absent throughout much of the previous two seasons, conflicting schedules ultimately led to the removal of Stokes as Francesca, with Dodd taking over the mantle in May 2022.

Meanwhile, during an interview with TVLine, Dodd opened up about the pressure of playing a recast character in Bridgerton. Revealing that she had read six of Quinn’s eight books in preparation for the role, Dodd admitted, “I didn’t know what I’d got myself in for”. Though she expressed her excitement over the chance to play Francesca and depict her “beautiful” story, Dodd added that she was aware of the fan base’s love of the character. “So I’m going to do my best,” she promised.