Who Is The Weeknd New Rumored Flame Simi Khadra? 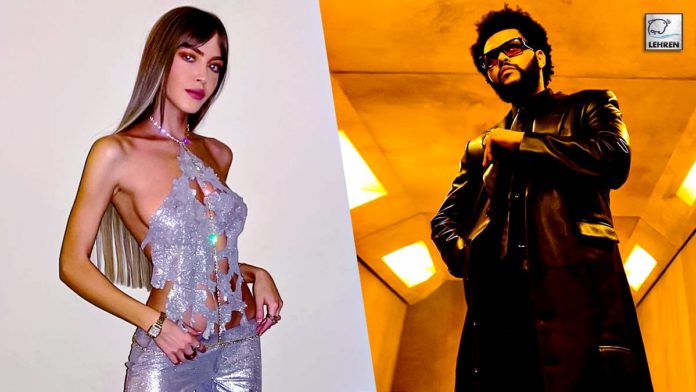 The Weeknd has recently been spotted out with his ex-girlfriend Bella Hadid’s former friend Simi Khadra in Los Angeles. However, it is not the first time the 31-year-old singer has been linked to Simi after rumors first swirled last April that they were a thing. However, the couple was seen together once again, as they were seen leaving the swanky Sunset Tower hotel together in West Hollywood after a dinner date.

Meanwhile, you must be wondering who is Simi Khadra? Simi Khadra is a DJ with her sister Haze Khadra and together they are popularly known as Simi and Haze. Last year, the sister duo launched their line of beauty products called SIMIHAZE BEAUTY. Last month, the DJ duo sisters were seen at The Weeknd’s album release party at Delilah in West Hollywood, prompting fresh rumors of a romance. Simi Khadra was also a good friend of Bella Hadid.

However, Bella reportedly unfollowed both The Weeknd and Simi last year, following the initial reports they were dating, though they have not been pictured together until now. The Weeknd did his best to look busy as he made a swift exit from the hotel, while Simi followed closely behind. Meanwhile, The Weeknd and Bella Hadid were first linked together back in April 2015 and were on and off for years. They were first rumored to have split the following year in February and were then back together in 2018.

Earlier to that, The Weeknd started dating Selena Gomez in January 2017 and they ended the romance in October. It looked as if Bella and Selena were on their way to becoming friends when they followed each other on Instagram. But then the next day the catwalk stunner has reversed that decision and unfollowed the Wolves songstress once again.

Bella and The Weeknd called it quits again in August 2019 after four years, with sources at the time saying they were in ‘different places.’ The couple reunited in August last year during rehearsals for the MTV VMAs as reported by DailyMail. But the singer has since been linked to the actress Angelina Jolie after stepping out on numerous dinner dates together. Last year, a source told UsWeekly, “Bella and The Weeknd have been in touch recently.”