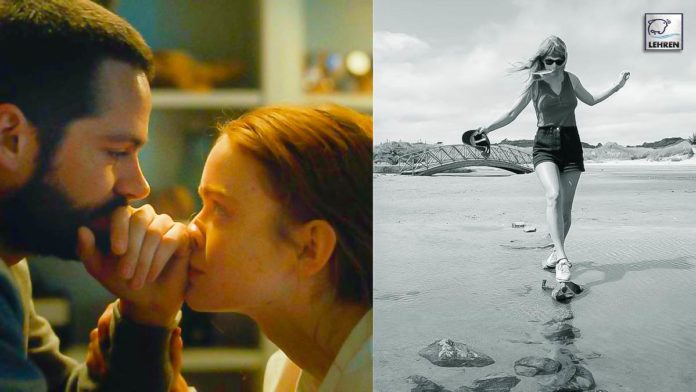 The 13-minute short film left fans in tears and they assumed that film is about her breakup with Jake Gyllenhaal.

Taylor Swift left fans drooling after releasing a heart-wrenching 13-minute short film inspired by the extended version of her beloved hit All Too Well. The movie is directed by the 11-time Grammy winner and starred Stranger Things star Sadie Sink who portrays Taylor Swift and Dylan O’Brien who many assume to be her ex, Jake Gyllenhaal.

Swift’s short film left the fans in tears as the melancholy breakup song played. The actors brought to life many of its lyrics, like dancing around the kitchen in the refrigerator light. Moreover, Swift gifted fans at a private screening in New York City with tissues, viewers at home were taken aback by the tear-jerking masterpiece.

Talking in detail, the film includes visual references to lyrical themes that date back to the 2012 version, like a scarf the male actor holds onto after the breakup, O’Brien is wearing it during that climactic scene. Moreover, there are new details from the expanded version, including Swift singing about being stood up at her 21st birthday party. However, this is apparently a real-life incident that was also the subject of another Red song, The Moment I Knew.

Although, fans have long assumed the short film is about her breakup with Jake Gyllenhaal, though she has never been publicly named. The extended argument in the middle of the film, a sequence subtitled ‘the first crack in the glass’ comes after the O’Brien character lets go of Sink’s hand during a dinner party with his friends.

However, the fight that comes in a kitchen afterward is emotional, with O’Brien shouting, “Literally a moment that I don’t even f***ng remember, that you’re like f***ng holding me, hostage, over. It’s insane.” He further continues, “You didn’t even look at me once!” The short is then introduced by an on-screen literary quote, from Pablo Neruda, “Love is so short, forgetting is so long.” For the finale, Swift appears with red hair, matching the color of Sink in the earlier scenes and, the color of the newly released Red (Taylor’s Version).

However, Swift held a premiere of the film for selected fans and a few journalists at the AMC Lincoln Square 13 on Friday in New York City. Variety’s Ramin Setoodeh, who attended the premiere described it in his statement of the premiere as “like a music video on steroids meets a Noah Baumbach movie.”

Watch All Too Well: The Short Film Here: