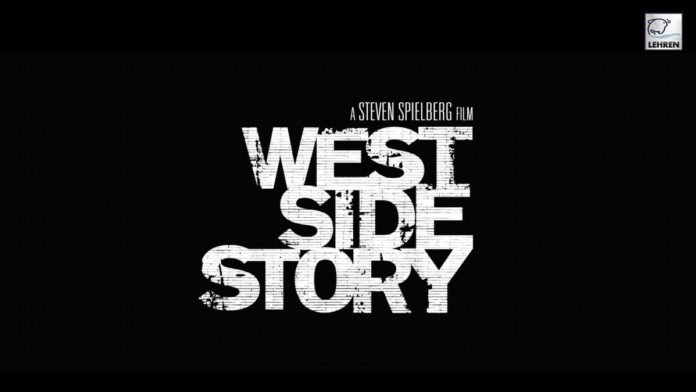 The film stars Ansel Elgort, Rachel Zegler and Ariana DeBose is an adaptation of the famous Broadway musical by Leonard Bernstein and Stephen Sondheim. It was hold-up by the COVID-19 pandemic and will debut in Indian theatres on December 10.

The upcoming feature film of the filmmaker Steven Spielberg West Side Story now has a release date in India. The film will release in most of the country including India on December 10. A new trailer of the film is also unveiled.

The movie is an adaptation of the famed 1957 Broadway musical of the same title, West Side Story by Leonard Bernstein and Stephen Sondheim. The movie will stars Ansel Elgort, Rachel Zegler, Ariana DeBose, and David Alvarez among others.
A statement from the makers reads, “From 20th Century Studios, Disney India will release West Side Story in cinemas on December 10, 2021.”

Inspired by Romeo and Juliet, the plot of West Side Story moves around the classic story of forbidden love between Tony (Ansel Elgort) and Maria (Rachel Zegler) and the two rival gangs – white American Jets and the Puerto Rican Sharks. Tony is a member of American Jets and Maria is a member of the Shark gang and sister of Sharks’ leader Bernardo. They both fall in love. The other stars include Mike Faist, Josh Andrés Rivera, Ana Isabelle, Corey Stoll, and Brian d’Arcy James.

The makers recently released 2 minutes 15-second trailer of the Spielberg movie. The trailer opens with Rachel singing the iconic song ‘Tonight’ at her balcony. However, a remake of the 1961 film is not a shot-for-shot copy as we can see new scenes and different dialogue from the classic movie. But, to give users nostalgia, the makers included Maria’s iconic white dress and a red belt that was pulled on by Natalia Wood in the original movie. The trailer also features a sneak peek at David Alvarez’s Bernardo, as the gangs clash once again. Tony can be seen gazing up at Maria as she stands on a fire escape while Valentina wraps up the ‘Somewhere’ song.

The 20th Century film wrapped in October 2019 but it was delayed due to a pandemic. Produced and directed by Spielberg, Kristie Macosko Krieger, and Kevin McCollum, the screenplay of the musical is penned by Tony Kushner. It has been a long wait for his fans as Spielberg’s last directorial was 2018’s Ready Player One.

Written by Arthur Laurents, West Side Story was first a Broadway musical, which debuted in 1957. The music was given by Leonard Bernstein and lyrics by Stephen Sondheim. The concept, direction, and choreography were given by Jerome Robbins. The musical/romance was made into a film in 1961. The movie was directed by Robbins and Robert Wise. It bagged 10 Oscars including best picture, best director, best cinematography, and best-supporting actress for Rita Morena who played the role of Anita.