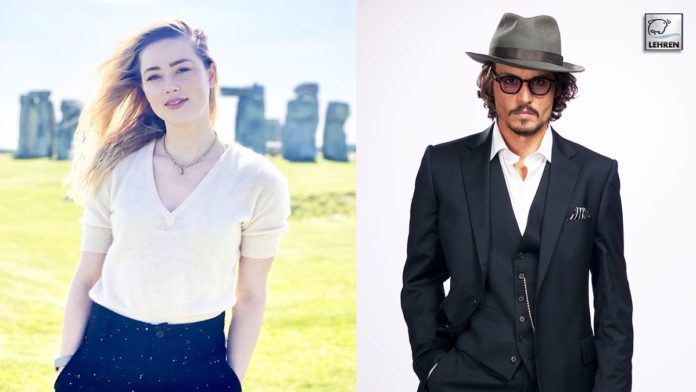 Rango star and Aquaman actress started dating in early 2012 and married in 2015. Later in 2016, Depp's rising career took a hit when his ex-wife Amber Heard accused him of physical abuse while filing for a divorce.

Recently, the Pirate of the Caribbean series star attended the San Sebastian Film Festival, where he answered questions about cancel culture and talked about his iconic character Jack Sparrow. Depp also expressed how he will always be ready to play the role of the pirate anywhere, even at kids’ birthday parties. But, as per the reports, while at the festival, a bizarre happened which has now been making the headlines.

Amber Heard made the statement during the libel case brought by Johnny Depp against UK newspaper The Sun. The court had found the tabloid’s claims that Depp was a ‘wife-beater’ to be ‘substantially true’, in the case. “It has been incredibly painful to relive the break-up of my relationship, to have my motives, my truth questioned and the most traumatic and intimate details of my life with Johnny shared in court and broadcast to the entire world,” said the recording.

Johnny Depp and Amber Heard’s legal case has become more complicated over the last few months. Recently, Heard issued a subpoena towards the Los Angeles Police Department amid the $50 million defamation suit against her.

However, Johnny Depp is one of the most talented actors from Hollywood who has given us marvelous films. His credits include the Pirate of the Caribbean series, Rango, Charlie and the Chocolate Factory, Edward Scissorhands, and many more Tim Burton movies. His rising career took a hit when his ex-wife Amber Heard accused him of physical abuse while filing for a divorce. The actor has also been involved in a defamation case, which has been catching the spotlight a lot lately.