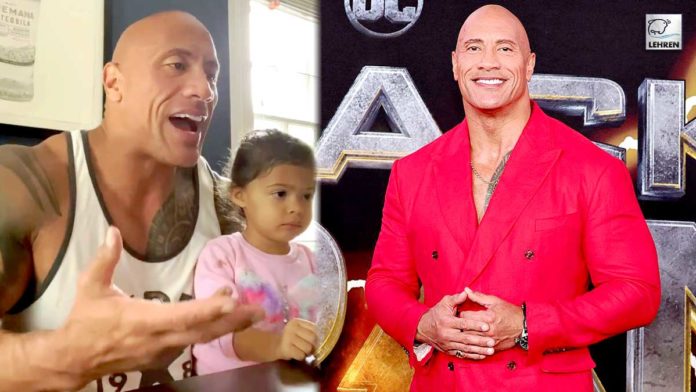 Dwayne Johnson tries to convince his daughter, Tia, that he is actually a Maui from her favourite animated film Moana is still mesmerizing.

Dwayne Johnson is one of the greatest Hollywood actors who never fails to entertain his fans with his mindblowing performances. The Rock also wins everyone’s heart through his sweet Instagram posts. The actor usually shares sweet moments with his daughters on social media.

However, back in 2020, Dwayne shared an adorable video with his daughter Tiana. In the sweet video, Dwayne tries to convince her that he is actually a Maui from her favourite animated film Moana. The actor even sings the rap portion of ‘You’re Welcome’ from Moana, but Tiana still can’t believe that his daddy is a famous character.

Alongside the sweet video, Dwayne ‘The Rock’ Johnson insisted, “Ladies & gents, my baby Tia finally believes.. oh wait. Never mind.” The actor added that Tia still refuses to believe the urban legend that her daddy is actually, Maui. The Rock continues, “At this rate it’s even pure speculation that her daddy is also The Rock. I’ll happily take these L’s and laugh as long as I get my daddy/daughter bond.” Dwayne Johnson shares two daughters, Lia and Tia with his wife Lauren Hashian.

Check Out The Adorable Moment Of Dwayne Johnson and His Daughter: