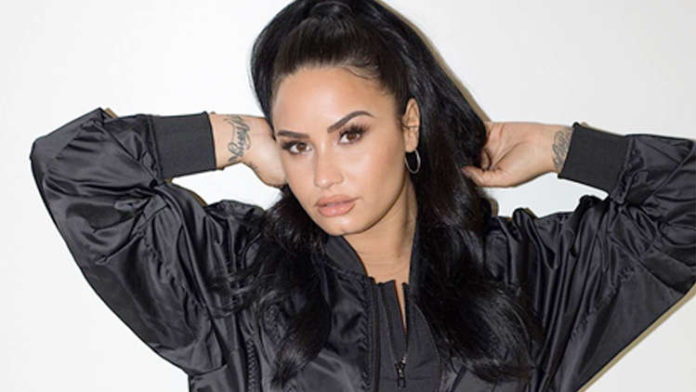 Singer Demi Lovato has been very open about her past and her struggle with mental health and substance abuse. She never refrains to talk about her battle with the eating disorder and many other things that bothered her in the past. Recently, she opened up about her personal life and reflected on cutting ties with toxic relationships with exes or the then close friends post her near to death incident of the drug overdose.

For the unversed, in 2018 Demi took the much-needed break from the spotlight after the fatal drug overdose and focused on her mental health. Earlier this year, the 27-year old singer made a comeback in the world of music with her song ‘Anyone’. While interacting with Jameela Jami for I-Weigh podcast, the ‘Sorry Not Sorry’ singer opened up about learning to set boundaries.

The American singer completed her 90-day rehab program back in October 2018 after the drug overdose incident. Speaking about the lessons she learned in the dark phase, the young singer said that she learned to set boundaries with other people over the past year and a half. Demi said, “I had to learn that not setting boundaries put me in the position I was in.” She further added, “Talking about every detail of every part of my life, whether it be a relationship or whether it be my recovery, nothing was sacred to me anymore.”

Lovato also spilled the beans that she is no longer friends with any of her exes. She said,  “I’m not really friends with any of my exes today because I had to realize that that wasn’t healthy either. Trying to maintain close friendships with some of my exes just isn’t realistic. I was afraid of fully letting go of people. And now that I’ve been able to fully let go out of people that was another thing that I’ve had to learn when it comes to coming toxic people out of your life. If they’re an ex, it’s for a reason.”

Talking about Demi’s exes, she dated Wilmer Valderrama and Joe Jonas. It was not too long ago that Demi mentioned that she is no longer friends with Selena Gomez.

Meanwhile, there are speculations that Demi Lovato is dating American actor Max Ehrich and amid the lockdown, they are both are spending their time under the same roof.