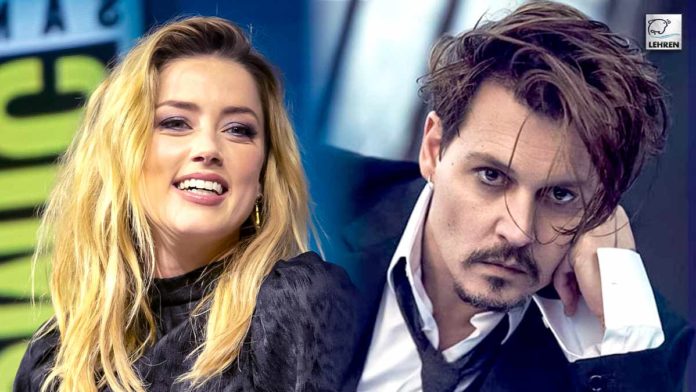 Amber Heard has topped the list of Google's most searched celebrities 2022 leaving behind her ex Johnny Depp.

Hollywood ex-couple Amber Heard and Johnny Depp gathered a lot of attention during their recent defamation case. The couple grabbed the headlines for almost half the year for their case. Following the same Google’s most searched celebrities list of the year 2022 is now out, and not very surprisingly Amber Heard has topped the list leaving behind her ex Johnny Depp.

Reportedly Amber Heard has topped the charts of Google’s most-searched celebrity list of the year 2022. Following her is her ex-husband Johnny Depp as well. As per the reports, Amber Heard had an average of 5.6 million searches every month in the US. Following here as her ex-husband Johnny Depp who was placed second on the list with 5.5 million searches per month.

Many people have claimed that the two had topped the charts due to their famous-infamous defamation case. CelebTattler told The NY Post in a statement, “This year has certainly not been lacking when it comes to celebrity news stories, whether it be Elon Musk taking over Twitter or the ‘Don’t Worry Darling’ behind the scenes drama.”

Meanwhile, Johnny Depp started dating Amber Heard following his announcement that he had separated from Lily-Rose’s mother, Vanessa Paradis, in June 2012 after being an item for more than 14 years. Depp and Heard’s marriage only lasted about a year and a year-and-a-half, ending with Heard filing for divorce in May 2016. Nearly two years later, Heard wrote an op-ed published by the Washington Post in December 2018 titled ‘Amber Heard: I spoke up against sexual violence—and faced our culture’s wrath. That has to change.’

While it never identified Depp by name, the Pirates Of The Caribbean star maintained Heard caused new damage to his reputation and career and filed a $50 million defamation lawsuit. Heard went on retaliating by filing a countersuit claiming $100 million in damages. Their trial ended up going from April until June, with Heard being found guilty of all three defamation claims.

ALSO READ: Johnny Depp Is NOT Returning To The Pirates Of The Caribbean Franchise