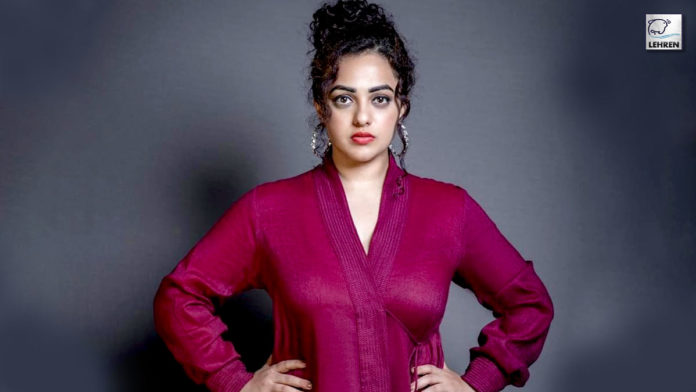 Nithya Menen is riding high on the success of her latest Tamil film Thiruchitrambalam. The film also stars superstar Dhanush in the lead role. The family drama has earned over Rs 50 crores at the box office in its opening weekend worldwide. Nithya Menen has opened up on donning the producer’s hat and directorial dreams.

The talented actress has not only created a name in South cinema but also earned love from Bollywood. Having done successful south movies she made her Bollywood debut in Akshay Kumar and Vidya Balan starrer Mission Mangal. Apart from acting Nithya has also explored different fields of shooting. She recently donned producer’s hat for her production Telugu film, Skylab. Now she also has her directorial plans.

In a new interview with Hindustan Times, the actress spoke about getting in the shoes of a producer. She said, “Skylab was a different kind of film to produce. It wasn’t done conventionally. It was not planned as acting had happened. It happened because it was inevitable and there was no other choice. I wanted to see the film get made and done right. The experience of producing was full of joy because we really loved the film. I’m so happy that it was the first film I produced. It’s the kind of film that’ll always be appreciated whenever people watch it.”

She added, “Production is definitely not easy as it involves finances but when you’re doing it for a film that you really love, it just flows. The time is right now for anybody to come and make what they want. The industry is still male-dominated and the scenario was different a decade ago but it doesn’t stop us now. Women can put projects together with a lot more avenues and opportunities available to explore currently.”

Nithya also admits she has directorial plans and she’s hopeful of fulfilling them soon. “There are ideas and I’ve spoken about them. But these are not things that can happen like that. I need to make sure it’s something worthwhile and good. I’ve always been a writer and filmmaker by spirit. It’ll definitely happen at some point.

On the work front, Nithya has two Malayalam films – Aaram Thirukalpana and a project with Anjali Menon in the kitty. She also has a Telugu original titled Kumari Srimati and the third season of Amazon Prime’s Breathe.

Also Read: Suriya Begins Shoot Of His Next Film Suriya 42 With Disha Patani