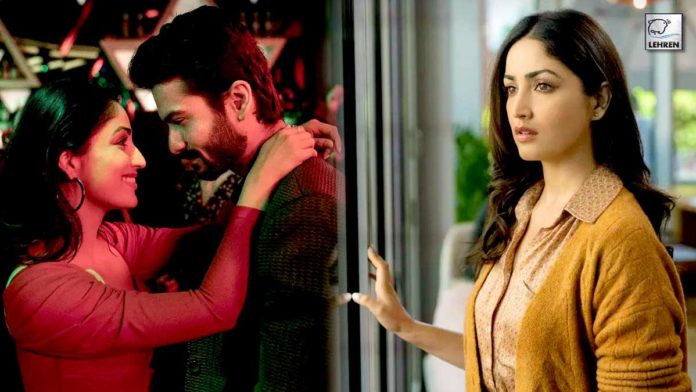 Yami Gautam is roped opposite Shiddat actor Sunny Kaushal for Netflix’s next film titled Chor Nikal Ke Bhaga. Streaming giant Netflix announced the film on Wednesday under its new campaign Har Din Filmy. The film is touted to be a heist thriller directed by Ajay Singh.

The actors revealed a glimpse of the behind-the-scenes of the suspense thriller. Sharing the video Yami and Sunny captioned it, “Expect a red alert! #ChorNikalKeBhaga coming soon only on Netflix! #HarDinFilmyOnNetflix”. The movie traces the story of a heist that goes wrong when a plane gets hijacked.

Yami Gautam is excited to be a part of a heist movie. She said, “It feels good to be part of a heist film. And many reasons to feel good about this film, my brilliant association with Maddock Films, Amar Kaushik, who made me ‘babyu’ (nickname of her character Pari from ‘Bala’), my director Ajay and Sunny.”

The Shiddat actor who is gearing for another Bollywood film had a fabulous experience shooting the film. “It is one of the best scripts that I have read. Thank you to Amar, Maddock and Ajay sir for giving me this film. I was very excited to do this role,” Sunny said.

Stree director Amar Kaushik stated, When we started writing the film, the screenplay was different. Earlier, it was a simple story. Then we changed it as we have an intelligent audience today. The idea is that people should not feel that this is yet another heist film. We were thinking of the title and toying with a few ideas till we arrived on ‘Chor Nikal Ke Bhaga.’”

Dinesh Vijan said, “Yami and Sunny both have been exceptional in their last respective releases. To cast them together and bring this film to life has been an absolute delight. Maddock’s past association with Netflix for Mimi and Dasvi has been very successful and now we’re looking forward to releasing Chor Nikal Ke Bhaga on their platform and have a global audience for the film leveraging their reach.”

The release date of Chor Nikal Ke Bhaga is unknown yet. The suspense thriller film is directed by Ajay Singh and co-produced by Dinesh Vijan and Amar Kaushik under the banner of Maddock Films.