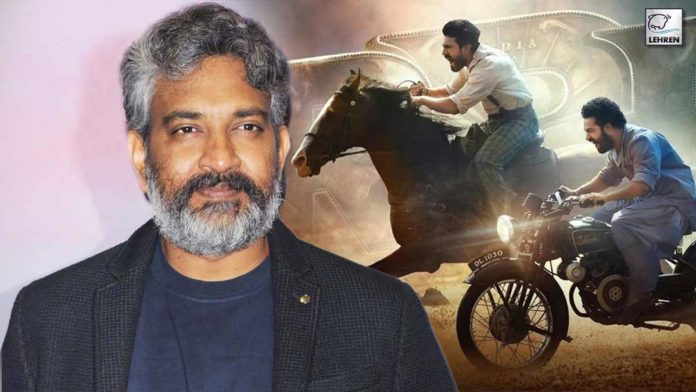 Jr. NTR and Ram Charan’s RRR has gained a massive global reach. The magnum opus helmed by SS Rajamouli has earned around 1200 crores in the global box office collection. RRR has caught worldwide attention, receiving praise even from Hollywood filmmakers when it was released digitally in the West. The filmmaker SS Rajamouli opened up on why the RRR performed so well in the west.

It has garnered praise from popular Hollywood filmmakers including Daniel Kwan, Aaron Stewart Ahn, Netflix CEO Ted Sarandos, James Gunn, and Danny DeVito. Its special screenings in the US and Canada have been sold out also the film is likely to enter the Oscars. Numerous publications named RRR favourite for the Best Picture category.

SS Rajamouli told Empire magazine after the film received massive hype. He said, “I myself am surprised. India has a huge diaspora around the world, and I thought the film would do good wherever Indian audiences were. But then the reception started coming from Westerners. I didn’t expect any of this.”

The filmmaker thinks that Covid-19 might have played a major role in the film’s rage. Elaborating the same he asserted, “When everything got shut down, the whole world started looking into different cultures, absorbing content from different countries, in different languages.” He also stated that “RRR’s unapologetic action sequences; its unapologetic heroism” was a factor in the film’s success in the West.

RRR is a fictional tale of two revolutionaries and their fight against British colonialists. The movie is a period drama set in the backdrop of the 1920s. The action film also portrays friendship and their strong bond and love. The role of revolutionaries is played by Ram Charan and Jr. NTR.

Apart from these two megastars of Tamil, the film also includes Bollywood superstars Ajay Devgn and Alia Bhatt. Directed by Rajamouli RRR was created at a budget of 550 crores. DVV Danayya of DVV Entertainment bankrolled and the script was written by Vijayendra Prasad.