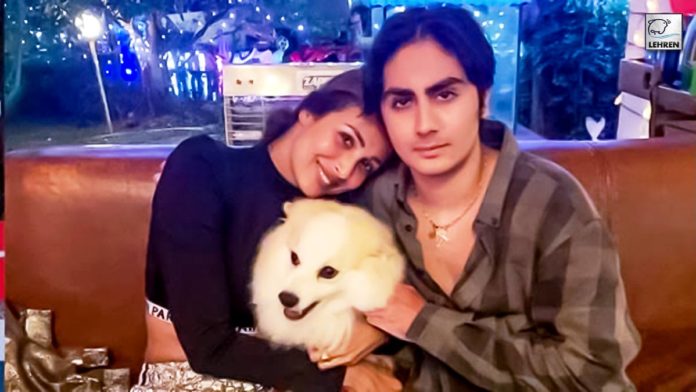 In the age of stereotyping and bullying, Malaika shares how it’s imperative to teach young men to respect women.

As the saying goes, charity begins at home, it’s important for one to possess the qualities that they expect to be reflected from others. Malaika has always reiterated herself as a strong, independent woman that takes life head-on and has also empowered others to become one. In the age of trolling and bullying, women often get subjugated the most. From being judged for the most trivial things to being labeled ‘spoiled’ for being independent, life’s sure tough for most women.

Especially women who choose to find love again, after being in a marriage once. Malaika has often found herself in that spot, being judged on finding love again after a divorce wasn’t an easy path for her. Multiple times she has been trolled for dating Arjun Kapoor, the two had initially kept their relationship under the wraps but openly confirmed being in love some time back. While it’s unlikely for men to experience all that trolling or bullying that otherwise, a divorced woman might experience, sadly, this gender disparity still does exist in society.

Addressing the same issue, Malaika has once opened up, “Unfortunately, we live in a society that refuses to progress with time. An older man romancing a younger girl is hailed everywhere, but when the woman is older, she’s called desperate and buddhi. For people who think like this, I have just one line: Take a flying f***. ” she said. But despite the comments, Malaika doesn’t regret being in a relationship and is in fact ‘glad’ she found love again.

“It feels amazing! When my marriage ended, I wasn’t sure if I wanted to be in another relationship and was scared of being heartbroken. But I also wanted to be in love, nurture a relationship, and this new me gave me the confidence to put myself out there and take a chance. I am so glad I did!” She said.

She firmly believes in educating men so that they can respect women and not objectify them instead. “I have a son and it is necessary to make them understand early on that they need to respect women and they can’t take them for granted. You cannot take women as play objects” she said. But she’s positive that a change is expected in the future, “Unfortunately, that is the mindset. There is a sense of entitlement. You think you have power over women and you can suppress her. This mindset has to change when they are kids when they are children. Hopefully this will change,” she said.

Malaika and Arjun have been dating for about four years now and have been painting the town red with their romance. On being asked about their marriage plans, Malaika had revealed how it was ‘very personal’ and she’d rather not comment.