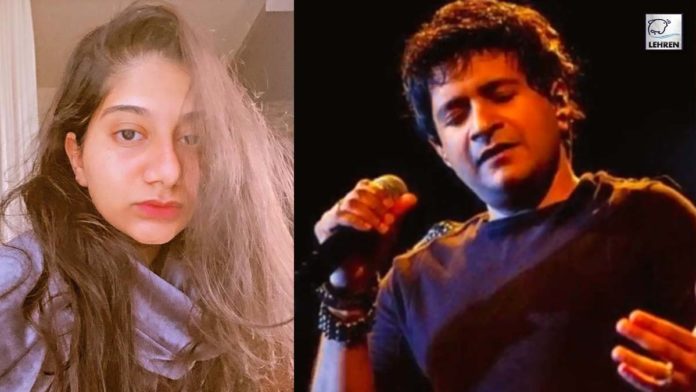 Bollywood singer KK passed away on Tuesday 31 May. The sudden demise came as a shock to his fans and the Bollywood industry. While KK’s death is survived by his wife Jyothy and two children, Nakul Krishna Kunnath, and a daughter, Taamara Kunnath. Sharing the details of the funeral ceremony his daughter Taamara shared a picture on Instagram.

KK’s daughter Taamara shared the funeral details on her Instagram story.
The details read, “You will be loved forever and fondly missed.” It also gave details of the ‘antim darshan’ that will be held between 10.30 am to 12.30 pm and the ‘antim yatra’ will be held at 1 pm at the Versova Hindu cemetery at Andheri. Sharing the post, Taamara wrote, “Love you forever dad” followed by a heart emoji.

According to reports, KK’s daughter is also pursuing music as a career, she is also a singer, composer, and producer. Her Instagram handle has her singing videos. In a picture shared on Instagram, his daughter was seen enjoying playing music, as she wrote, “Sometimes I close my eyes when I’m making music, so that I can see those squiggly colourful patterns and stars in my eyes”.

KK died after a concert in Kolkata on Tuesday night. He is suspected to have gone into cardiac arrest, and visuals from the concert showed him some discomfort. He was taken to his hotel, where he is said to have collapsed. He was brought to the hospital at around 10 pm and was pronounced dead shortly afterward.