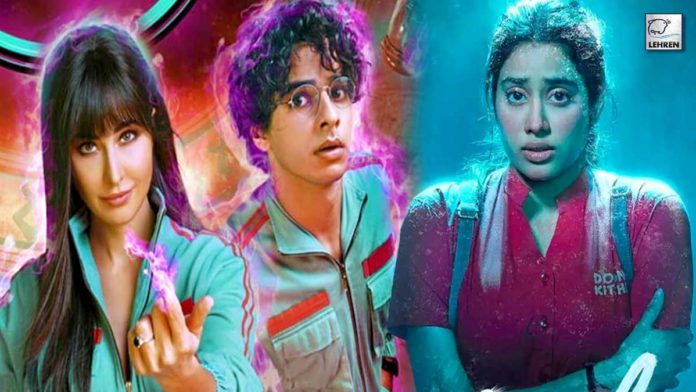 During a recent press conference Janhvi Kapoor opened up on the box office clash of her film Mili with Katrina Kaif starrer Phone Bhoot and Double Xl, Janhvi said, “It is exciting because, after a long time, audiences will have to choose among three films. For a long time, there were no movies being released in theatres. All three films are different from each other. Obviously, I hope the audience like my film the most. But objectively speaking, all the movies look exciting. Wish them all the best,”

Janhvi also expressed her wish to work with RRR actor Jr Ntr, she said, “I have several times said that I would definitely work in South movies. I grew up watching south films. The songs, the way the actors portray their characters, and the way they present their actors. The way they get connected with the audience, I think I am a huge fan of South cinema. This is probably one of the reasons for which I have done several remakes. I hope, I get the chance to work in South movies. I will certainly jump immediately. One actor with whom I would like to work with is Jr NTR Sir.

Everything To Know About Scarlett Johansson’s First Major TV Role