Devoleena Spills Beans On Getting Married With...

I Am A Huge Fan Of Irrfan Khan, Says Anjali Tatrari 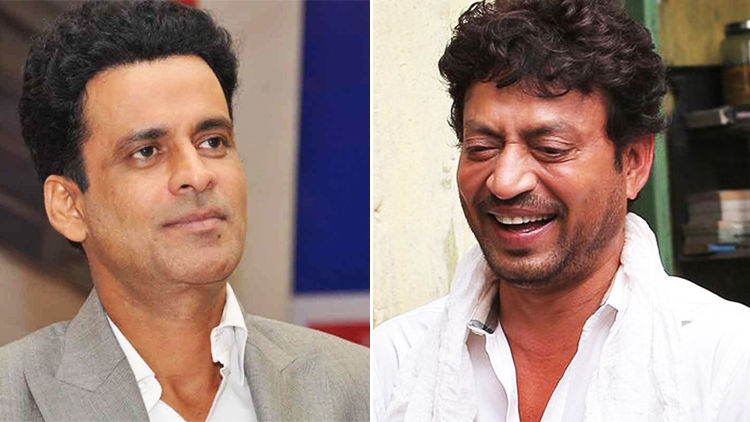 This throwback video features the recoding of song 'Ishq Da Challa' from album Surya that came out in 2003. Alka Yagnik, Udit Narayan and...
00:09:22

Bombay is a 1995 romantic drama film released in Tamil, Telugu, Malayalam and Hindi language. It was written and directed by Mani Ratnam and...
00:02:35

The sudden demise of Irrfan Khan sent shockwaves across the entertainment industry. The whole of the B-town mourned on the death of a legendary actor whose absence will forever be felt in the industry. However, Tigmanshu Dhulia who directed Irrfan Khan in one of his best films, Paan Singh Tomar was all set to collaborate with the star once again but sadly fate had other plans.

The plot the film Tigmanshu proposed to Irrfan was about two friends growing old together. The venture was originally titled as Bichde Sabhi Baari Baari. It was a story about two friends and their friendship of over 35 years. Manoj Bajpayee alongside Irrfan Khan were cast as the older avatars of the best buddies whereas Amit Sadh and Vidyut Jamwal were to play the younger versions of the same characters.

The sources say that Manoj Bajpayee opted out of the movie first. Recalling the canceled project, Tigmanshu said, “It was the story of two friends. After it didn’t work out with Manoj Bajpayee, Irrfan Khan and I were to play the two friends. I had re-titled the film Yaara. It was a desi adaptation of the French film Les Lyonnais (A Gang Story) It was the story of their journey in life from 1955 to 2010. I relocated the plot and the characters to Uttarakhand where I come from. They had to look compatible and convincing as friends. I lost close to 15 kgs for role. But we didn’t get to work together in that project. Lekin issi bahaane maine apna wazan ghata liya.”

On the work front, Irrfan Khan’s last Bollywood project was Angrezi Medium featuring Radhika Madan while Manoj Bajpayee garnered a lot of fame for his role in the web series titled Family Man.

Rakhi Sawant reveals she participated in Bigg Boss 14 even as she was going through a particularly painful phase in life.
Bollywood
00:01:09

Shahid Kapoor and Mira Rajput make one lovely couple. They don’t shy away from indulging in PDA on social media and that’s exactly what...
Bollywood
00:01:12

When Pooja Bhatt Opened Up On Her Hatred For Soni Razdan

I Am A Huge Fan Of Irrfan Khan, Says Anjali Tatrari