Hrithik Roshan And Saba Azad’s Much-Hyped Dinner Date Wasn’t A Date At All? 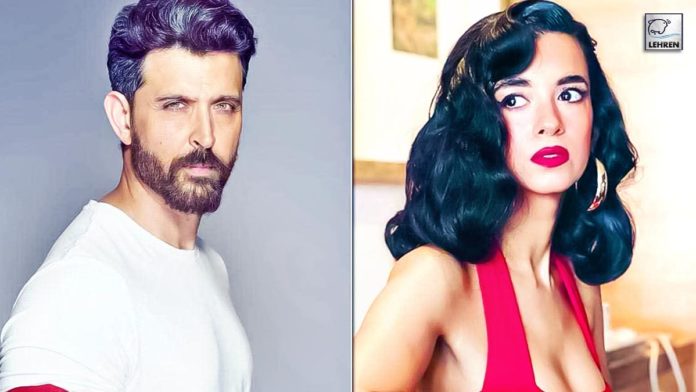 The two are speculated to be dating since the two were spotted leaving a restaurant, hand in hand, creating a lot of buzz on the internet. Here's a scoop about their relationship status!

Just a few days back, Hrithik was seen with a mystery lady, both were spotted leaving a restaurant and since then, people on the internet went frenzy over the couple. While others wondered who the mystery lady was, it was learned overnight that it was indie actress Saba Azad. With this news, many started to believe that Hrithik too, has moved on like ex-wife Suzanne Khan who is apparently dating Arslan Goni, and though Hrithik is in a secret relationship with Saba Azad and hence, both were out on a dinner date.

But it was later confirmed that the two aren’t dating when Saba herself denied the rumors. On being asked about it, she initially refused to answer saying she’s busy but later said that the news has no depth to it and that the two are not together. This doesn’t stop here, an insider, who is believed to be Hrithik’s friend, also gave his inputs about the whole dating rumor that’s been surfacing online. Apparently, this friend is also a good friend of Saba and evidently, Hrithik met Saba through this friend a few years back. The two since then have remained in touch and have met multiple times casually.

The insider revealed how the two weren’t on a date and in fact, had met to discuss some work-related thing and in fact, their Goa trip, which many believe that the two went holidaying, was also related to a project the two are planning to work on together.

While as of now, nothing is confirmed for sure, it would only make sense to wait for time to unfold instead of jumping to conclusions.

As of now, Saba is said to be in a relationship with Imaad Shah, Naseeruddin Shah’s son, the two had even confirmed living together. “It’s true. Saba and I have moved in. That’s how we get to work together. We ran into each other while working on a play. With all the rehearsing stuff, we did end up spending a lot of time together. One day I heard her singing randomly with friends, it was a nice jam session. Her voice stood out from everything in the room. It was so striking. Saba has an amazingly soulful and versatile voice,” said Imaad.

Currently, Hritik is said to be working on several projects, with movies like “Fighter”, “Krrish 4”, “Vikram Vedha”, “War2”, etc on the waiting list, ready to be released this year.