Here’s Why Saif Ali Khan Is CANCELLING His Autobiography 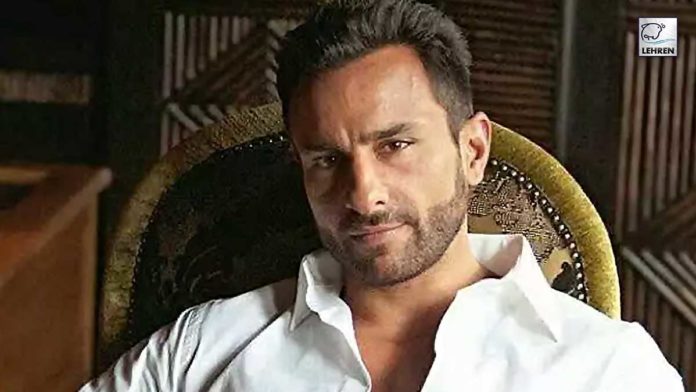 Saif Ali Khan is considering cancelling his autobiography. The actor reportedly isn’t ready to face the abuse that will come his way. Read below to know more.

Earlier this year, Saif faced heavy trolling when he said that he was a victim of nepotism. The social media users bashed the actor. Because he is the son of late cricketer Mansoor Ali Khan Pataudi and actress Sharmila Tagore.

When the announcement of the autobiography was made, many netizens wondered whether he would speak about similar struggles. Taking into consideration the on-going situation, Saif Ali Khan is thinking of cancelling his autobiography.

The reason behind Saif backing off from penning down his autobiography. He said that he is not ready to receive the abuse.

The 50-year old actor recently made his appearance on Jacqueline Fernandez and Amanda Cerny’s new podcast. Over there he spoke about the same.

During his interaction, the Kaalakaandi actor spills the beans on why is reconsidering his decision of penning down his autobiography.

Saif said, “Someone asked me to do a book, and I might chicken out, because it’s too much work to do it properly, and then you have to be very honest as well, which probably will disturb quite a few people.”

Furthermore, he also said, “Honestly, I don’t know if I am prepared to put myself through the 100% abuse that’s going to come my way.”

He also mentioned that a section of the audience in India is very negative. So, he doesn’t want to share his life and talk about things with them.

Saif further confessed to have not yet told the publishers that he is having second thoughts about the book.

On the work front, Saif Ali Khan is busy shooting for his upcoming venture Bhoot Police. The film’s shooting schedule is currently happening in Dharamshala.