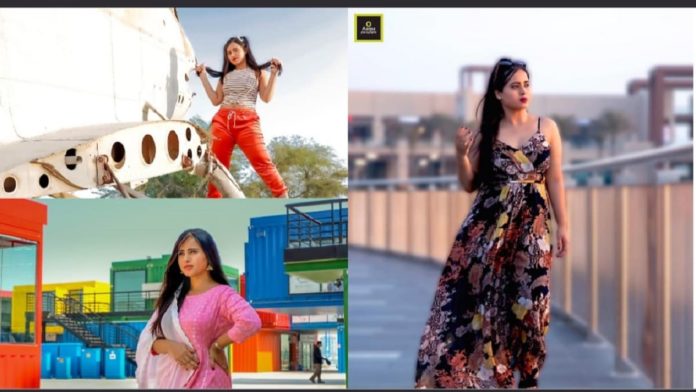 Model Aayat Shaikh, who was last seen with Bhavin Bhanushali in a music video recently did a photoshoot in Dubai and Doha.

Actor and Model Aayat Shaikh recently did a photoshoot in Dubai that is creating a buzz in the industry. She collaborated with Aarpa photography, Shazia Haidery and Pretty Portraitz to get some breathtaking portraits of herself, and oh boy, we are impressed too. Each portrait brings out different emotions and avatars of the beautiful diva. She also did a mesmerizing photo shoot in Qatar with Pakistani photographer Umar Khayam.

Aayat is a growing name in the entertainment industry. With her beautiful pictures, she has managed to create a fan base of over 21k on Instagram and the numbers are just growing each day.

She has also worked in the horror thriller web-series ‘Secret Santa’. She is also going to make her debut in Punjabi films as a lead actor in the upcoming film ‘Target’. Apart from this, she has many short films and other exciting projects in her kitty. Right now, she is gearing up for a fashion show in Dubai.

Aayat Shaikh was last seen in music video ‘Dil Mera’ alongside Bhavin Bhanushali. The song was released on March 1 on Voilà! Digi’s official YouTube channel and crossed over 1 million views in a few weeks. Fans loved the magical chemistry between Bhavin Bhanushali and Aayat Shaikh and wish to see them together again. The song was sung by Yasser who is known for his songs like ‘Makhna’, ‘Jitni Vo Dafa’ and many more.

Before modelling, Aayat worked as an anchor. She has hosted over 150 Bollywood events, musical live shows, cricket matches and also interviews of Bollywood biggies like Govinda, Suniel Shetty and others.

Her first music video came out in 2018. Last year, she starred in the music video titled ‘Main Thoda Tum Zara’ that was released under the banner of Zee Music. She was also praised for her flawless work in ‘Bin Bole Baby Tu’ by famous singer Jonita Gandhi released on Zee Music.