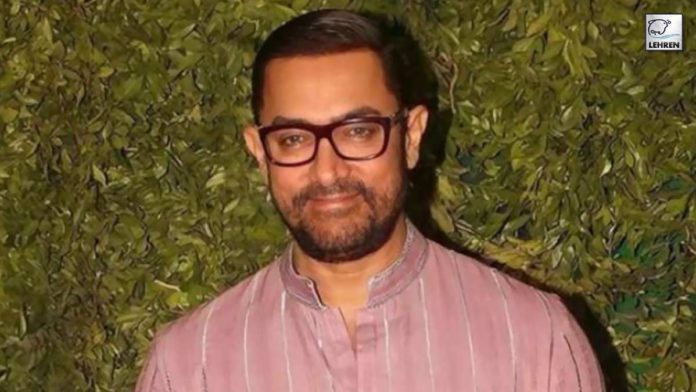 Aamir Khan is the only one of the three Khans of Bollywood to attend Koffee With Karan 7. This season of the celebrity talk show will not welcome the other two Khans. Shah Rukh Khan and Salman Khan have confirmed that they will not appear on the chat show this year. Aamir featured on the fifth episode of the show with Laal Singh Chaddha’s co-star Kareena Kapoor.

The duo had a fun conversation with the host Karan Johar. While talking about movies the actors being parents spoke on family dynamics, modern parenting, and more. Brewing some chat Aamir also took schooling on some new terms. During the Rapid fire round the host KJo asked Kareena who she follows for ‘thirsty pictures’, to this confused Aamir asked the duo about meaning of the term ‘thirsty picture’.

The 3 idiots actor revealed he Googles himself all the time and gave a funny reason about this. When Rapid Fire round turned to Aamir Khan, Karan Johar asked him “The last time you googled yourself?” He replied: “I Google myself often yaar.” He explained, “Sometimes you don’t have Internet. And the three bands don’t show. Then you have to type in Google something just to see.” Kareena asked, “So you type Aamir Khan?” the actor answered yes.

The Lagaan actor stays away from social media and has one Instagram account dedicated only to his films. He neither shares much from his personal life on Instagram nor interacts with fans and followers.

Aamir Khan is gearing up for his upcoming film Laal Singh Chaddha. Directed by Advait Chandan the movie is an official adaptation of the Hollywood movie Forrest Gump featuring Tom Hanks. The romance drama also stars Kareena Kapoor, Naga Chaitanya, and Mona Singh in lead roles. The movie is produced under the banners of Aamir Khan Productions and Viacom 18.