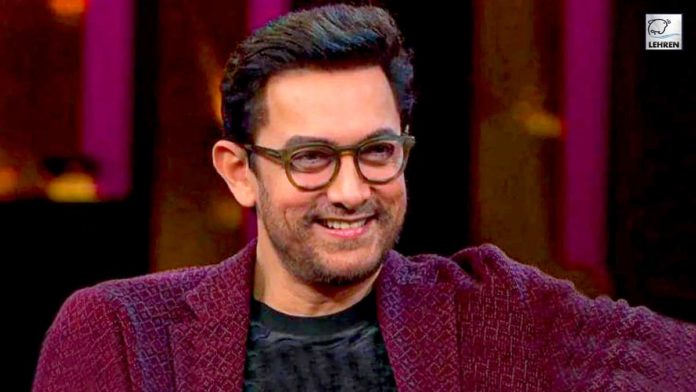 Aamir Khan opined on the low success rate of Bollywood, he believes with early OTT release people wait to watch movies at home

All eyes are on Aamir Khan for his upcoming movie Laal Singh Chaddha. The much-awaited movie is finally set for release after a long delay due to various hurdles in the past few years. Aamir Khan, who asked the audience to not boycott Laal Singh Chaddha and requested to watch his film, spoke on the dry spell of Bollywood at the box office.

Tracking the recent record of Bollywood movies, despite A-lister actors and superstar films failed to win audience hearts and earn well. At this time, Hindi movies were compared to that of South which attracted global attention. During the promotions of Laal Singh Chaddha, Aamir Khan opined on the low success rate of Bollywood.

He said: “I don’t see a shift in the phase. Historically, films which are bad and fail to impress the audience don’t work at the box office. That’s what has happened. Films like Pushpa, The Kashmir Files, Gangubai Kathiawadi and Bhool Bhulaiyaa 2 were liked by the audience, and hence they worked at the box office. For me, that’s what I see as a permanent trend. If a film is good, it will work.”

The South vs Bollywood debate has been highlighted with the success of south films. The PK actor doesn’t believe in comparison and said: “I think each filmmaker is trying to do his best. At the end of the day, as an audience, I am not concerned about which part of India the film is coming from. Why should I be concerned? If I am getting entertained and being emotionally satisfied by watching a Malayalam, Tamil, Telugu, Punjabi, Hindi, or Marathi film, then what’s wrong with it? Agar South ki filmein chal rahi hai aur logon ko pasand aa rahi hai, toh uss mein takleef kya hai? Yeh toh aachi baat hai.

The 3 idiots actor also suggested that OTT platforms act as a spoiled sport. He mentioned when movies are releasing online in a few weeks why anyone would want to visit theaters. He explained: Yeh toh wohi baat ho gayi ki aap kahi mat jao… main aa raha hu aapke pass. So, I have always fought for a 6-months gap in the digital release.”

Coming over to his movie Laal Singh Chaddha, it is an official adaption of the Hollywood movie Forrest Gump. The drama-comedy movie stars Aamir Khan, Kareena Kapoor, and Mona Singh in pivotal roles. Directed by Advait Chandan and produced by Aamir Khan Productions, Viacom 18, and Paramount Pictures. The film is coming to cinemas on 11th August with Akshay Kumar’s Raksha Bandhan.