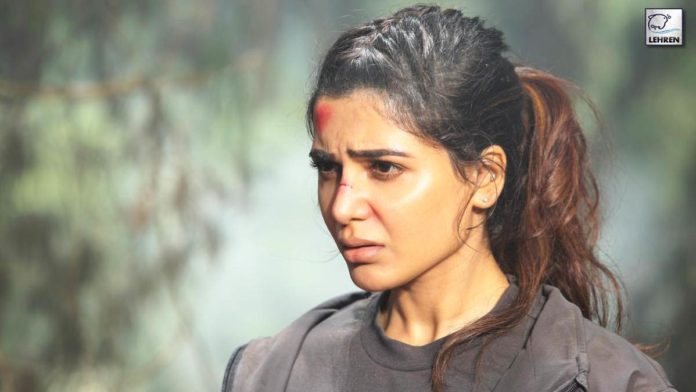 As per the latest trade reports, it is now believed that Samantha Ruth Prabhu starrer Yashoda has risen up to become a box office success.

Yashoda Box Office Collection: Hari–Harish’s directorial Yashoda starring Samantha Ruth Prabhu is now out in the theatres. The film was released on 11th November alongside Amitabh Bachchan starrer Uunchai. Yashoda is a science fiction action thriller film that stars South actress Samantha in the lead role. Meanwhile, as per the latest trade reports, it is now believed that Samantha Ruth Prabhu’s film has performed well at the box office. Here’s how much Yashoda so far at the box office-

Meanwhile, as per the latest trade reports, it is now believed that Samantha Ruth Prabhu’s film has been performing well at the box office. The film earned a total of ₹ 3.06 Cr on its opening day. Yashoda grossed impressive earnings throughout the weekend with a total of ₹ 3.64 on Saturday and ₹ 3.58 Cr Sunday. The film earned ₹ 1.35 Cr on Monday and approx 1-1.50cr on Tuesday. Yashoda now stands on a total worldwide collection of 19.65cr.