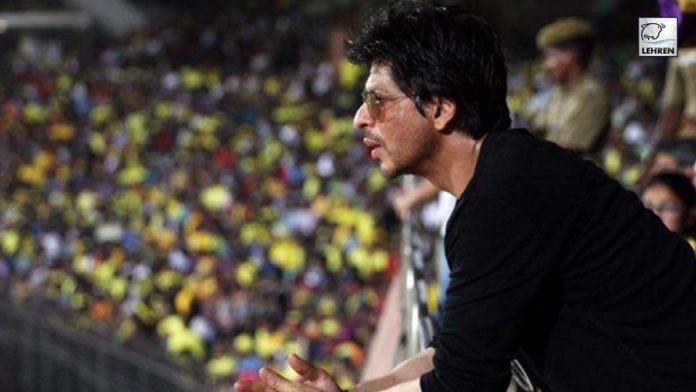 Shah Rukh Khan reacts to Kolkata’s victory over Rajasthan in IPL 2020. SRK sends loads of love for the youngsters. Read below for further details.

On Wednesday evening, Kolkata registered their second win in the Indian Premier League (IPL). They won by 7 runs against the Rajasthan. With this win, Kolkata climbed up on the second spot in the points table. During Kolkata’s outing against Rajasthan, Shah Rukh Khan who is the co-owner of the franchise was spotted cheering for his team from the stands. After the prolific game of cricket, SRK reacts to Kolkata’s victory by showering them with loads of love.

In this match against Rajasthan, the youngsters of the Kolkata-based franchise outshined everyone. Batting maestro Sachin Tendulkar himself lauded the 21-year old Shubhman Gill for his performance. Tendulkar also praised Eoin Morgan and Andre Russel for their brilliant knocks, he had a special mention for young fast-bowler Kamlesh Nagarkoti as well.

SRK reacts to Kolkata’s victory by tweeting, “Now anything I would say about @KKRiders & the boys will mean nothing. The great man has spoken. Just so happy to see all in the team propping up the youngsters & making it count. Love you boys lots of pyaar from a little afar.”

Speaking of the brilliant performances by the youngsters from Kolkata’s squad, Shubhman Gill scored the crucial 47 runs. On the other hand, Kamlesh Nagarkoti playing his second IPL, scrapped two important wickets.

Apart from them, Eoin Morgan scored an unbeaten 34 runs helping Kolkata put up a target of 174 runs.

During the chase, Rajasthan lost their crucial wicket early on. Tom Curran scored his maiden IPL fifty but couldn’t take his team to the victory.

Up next, Kolkata will face Delhi, and Rajasthan will take on Bangalore on Saturday.