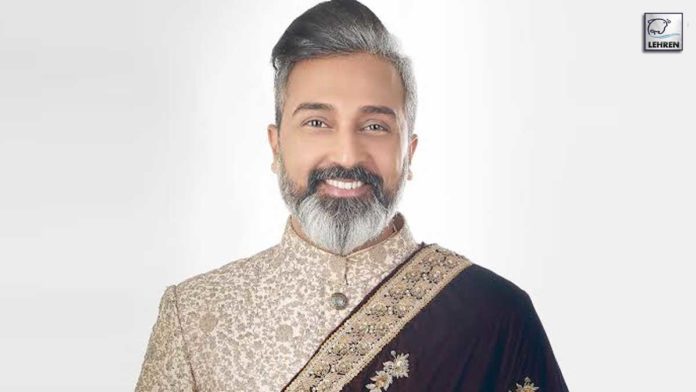 For an outsider like Jai Singh entering the entertainment industry and working with biggies like Ekta Kapoor in the initial days of his career is nothing short of a miracle and the actor says he is determined to prove his versatility in the coming years.

Jai made his debut in the Hindi TV show with Ekta Kapoor-backed “Pavitra Bhagya” and is also seen in “Ishq Par Zor Nahi”. Talking about his career goals, he says, “I remember I was told I wouldn’t get work in Mumbai, but here I am thanking my stars every day. I am happy where I am today.

I see myself as a more matured individual, growing as an actor and doing varied roles. I also see myself hosting shows, as that is one of my fortes. I also plan to write and direct eventually.”

The actor believes he was destined to do the popular daily soap “Pavitra Bhagya”, starring Aneri Vajani, Kunal Jaisingh,  and Riva Arora. He recalls, “I was in Mumbai for an ad shoot and had sent my pictures to the creative head of the production house. I was watching ‘Bala’ when I got a call from them. I left the film in between, gave the audition, and had a gut feeling that I would get the part. And that’s what happened. I am thankful that I started with Balaji Telefilms and Ekta Kapoor ma’am.”

The actor is currently seen playing the role of a billionaire in Param Singh and Akshita Mudgal-starrer show “Ishq Par Zor Nahi”. “IPZN is my second show and by the grace of God, this also happens to be with a big banner like ‘Four Lions’, under Gul Khan ma’am. My entry happened after the leap, and I am overwhelmed with the love that I have received from the audience for my role of Viren Mehta,” he says.

Talking about his role in the show, Jai says, “Initially, my character was of a loving and caring man but after Ahaan (played by Param Singh) mistreated my onscreen daughter Rhea repeatedly, my character turned negative. I have loved portraying both facets of the character.”

Kolkata-born Jai said is grateful not only to his fans and well-wishers but his family too for their unending love and support. He shares that he has been fascinated with acting since his growing up years and that both his mother and sister, who are school teachers, pushed him for extracurricular activities.

“I have been drawn towards cultural events. I have an affinity for performing arts as I happily took to the stage at every given opportunity. I’ve anchored many TV and stage shows, and did theatre as well,” he adds. He later took acting lessons from the well-known director, Dinen Gupto, and made his TV debut with his telefilm ‘Baadi Bodol’ for ETV Bangla.

Talking about his work life before shifting base to Mumbai, Jai says, “I shared screen space with the legendary Soumitra Chatterjee for the telefilm ‘Swapner Pakhi Gulo’, and did a film called Zee5 ‘Satyameva Jayate’ with Arindam Seal. Capitalizing on my love for the stage, I then starting my art academy, named Applaud, where I conceptualize, choreograph, and produce shows for children. I feel I’ve received much more love from Bengal than I deserve.”  In 2008, Jai enrolled at Anupam Kher’s acting school, ‘Actor Prepares’.

“I owe it to my mom for giving me the wings to fly to Mumbai and my guru, Mr. Yashraj Jadhav. 2018 was the year when I feel the universe conspired as I got the opportunity to do TV commercials with bigwigs like Sourav Ganguly, Dabbu Ratnani, Meghna Gulzar, and Shoojit Sircar, and after that, there was no looking back,” Jai adds.