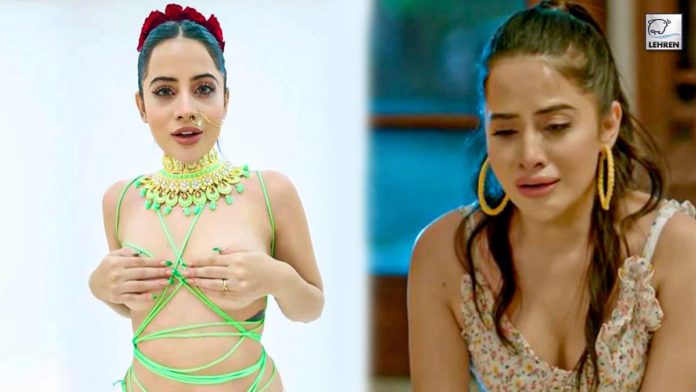 After sharing a semi-nude video on Instagram, Urfi Javed explains the deep meaning behind her look. Check out what she said.

On Monday, Urfi Javed took over the Internet when she went semi-nude for her latest look. The actress is known for her fashion experiments and this time she wrapped a single wire around her body which served no purpose of clothing. She then covered her upper body with her palms. The only highlight of her look was a heavy piece of jewellery and a bunch of roses tying her bun.

While people on the Internet slammed Urfi for almost going nude, she has now explained the hidden meaning behind it. She took to her Instagram story and wrote, “There is a meaning behind his attire, how Indian women are given shiny jewellery, roses to look pretty at their marriages but in reality they are being tied, they are not able to even walk let alone spread their wings, doing all this with a smile on their faces covering their modesty at all times. This isn’t true for all women of our generation but definitely true for the older generations.”

Last month, Urfi hit the headlines when she wore a dress made of blades. She wrote in the caption, “I made the perfect dress for introverts. Razor cut! Made this dress from razors ! I I can’t thank my team enough for helping me with my crazy ideas!”

Her friends dropped funny comments on her video. One of them commented, “Eid par mat pehenna, koi gale nahi milega.”

Check Out: Karan Johar Asks Kareena Kapoor About Her Sex Life, She Says THIS!