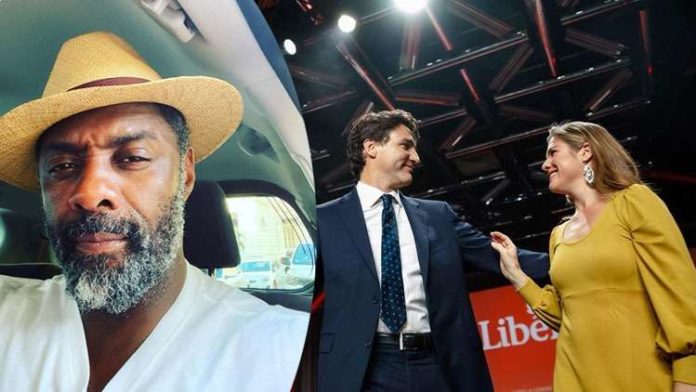 Hollywood star Idris Elba who was recently tested positive for the novel coronavirus, share details about being isolated for straight 24 hours. Elba went live on his social media where he interacted with his fans and spoke about his progress.

In the live chat, he said, “Yesterday was good and bad. It was bad because obviously I tested positive, but it was also good because I think it opened up a lot of conversation. It made it a lot real for some people. Definitely made it more real for me and my family.”

However, he also hinted that Justin Trudeau’s wife Sophie Trudeau might have infected him with the virus. Although he didn’t take her name, he just said, “I’m here because of my production, and the doctor and medic team for the production were contacted because someone that I was in contact with, who is also in the public eye, tested positive. So, it became an issue. Therefore they got me a test immediately.”

Elba and Sophie attended the Wembley Arena We Day event on March 4 and posed for photographs too. Sophie was diagnosed with the virus last week and she claims to have experienced symptoms while in the UK for the event.

All the celebrities and influencers are encouraging their followers and well-wishers to stay indoors as much possible, however, along with Idris Elba, other actors such Tom Hanks, Rita Wilson, Olga Kurylenko, and Kristofer Hivju have been also tested positive for the COVID-19.