Harry Styles Will Reprise His Role In Marvel Cinematic Universe 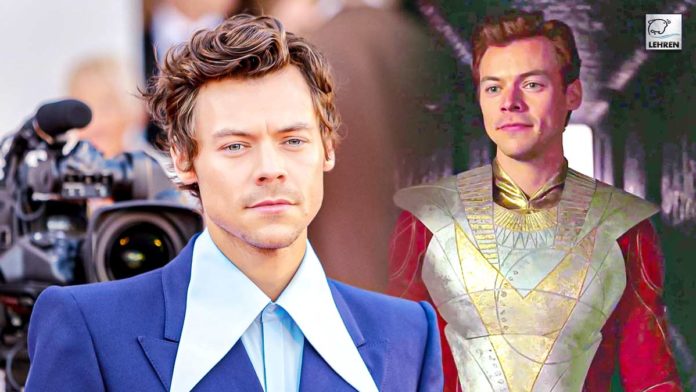 Harry Styles debuted as Eros, also known as Starfox in the Marvel film, Eternals, in 2021.

Harry Styles stunned the fans with his appearance in the MCU film, Eternals. Though he had only briefly featured in the mid-credits scene, fans loved his astonishing cameo. And recently Marvel Cinematic Universe executive has revealed very amazing news for the fans who wanted Styles to watch in Eternals suit for one more time.

Marvel executive recently revealed that Harry will return to the Marvel Cinematic Universe. For the unversed, Harry Styles debuted as Eros, also known as Starfox in Eternals in 2021. While no other details have been revealed in the film, Eros is the brother of the villain Thanos in the comics. Nate Moore, an exec at Marvel, has opened up on Harry’s role in the MCU and teased there is more in store for the hitmaker.

In a recent interview with Deadline, Moore assured, “We didn’t cast Harry for a tag. (There’s) more stories to be told with that character.” Discussing Starfox, he added to the outlet, “He’s a complicated character, but a really fun character.” Meanwhile, Harry previously opened up about his Eternals role, saying he was grateful for his part, however small it was.

In a previous interview with Dazed, Harry shared, “I’m only in right at the very end. But who didn’t grow up wanting to be a superhero, you know?” The singer and actor added that acting in the film was ‘a great experience and I’m so grateful to have gotten to work with Chloé.’ Additionally, director Chloe Zhao has also spoken out about her casting of Harry as Eros, stating he embodied the character so well.

Chloe explained, “It wasn’t like I suggested Eros, and let’s go find actors. I kept tabs on Harry since Dunkirk, I thought he was very interesting.” The director further shared, “After meeting him I realized he is that character, the same way I cast the rest of my cast. There’s so much of Eros in him. For me, if he says yes and Kevin says yes then it’s a go. And I’m very happy they both did.”

The latest Marvel news comes after it was reported that Harry had signed a five-movie deal with Marvel studios in July of last year. A source revealed to The Sun that the studio is considering the star for ‘as many as five projects’. And if that’s the case, the former X Factor star could be pocketing around $100 million for the five Marvel movies.